Kiev has refused to take military equipment from the Crimea

Ukraine will not withdraw military equipment from the Crimea, the authorities refused to discuss with Russia a possible transfer of military vessels from Crimea, said Ukrainian foreign Minister Pavlo Klimkin. 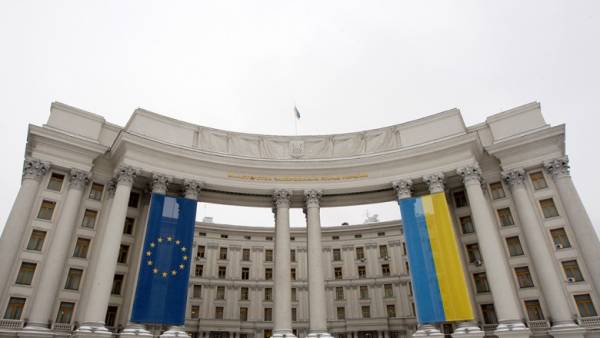 Klimkin argued that the Ukrainian authorities do not conduct dialogues with Moscow on Crimea’s status. Therefore, Kyiv “will not make any things that can weaken the legal or political position,” he added, calling the initiative of the Russian Federation “trick”.

“You all know this trick of Russia — to show that we have a relatively occupied Crimea is a dialogue”, — he declared yesterday to journalists. In addition, the Ukrainian diplomat noted that according to the Hague Convention the parties must be returned and other weapons only after the conclusion of peace. No diplomatic notes of this nature Ukraine from Moscow did not receive, said the Minister.

The President of Russia Vladimir Putin on 11 January, has said it is ready to transfer to Ukraine military equipment from the Crimea. It is known that the Ukrainian military ships are in poor condition.