The candidate Ksenia Sobchak in the midst of the campaign, February 6, will visit the Center for strategic and international studies, located in Washington, DC, where he will participate in discussions about the future of post-authoritarian Russia. 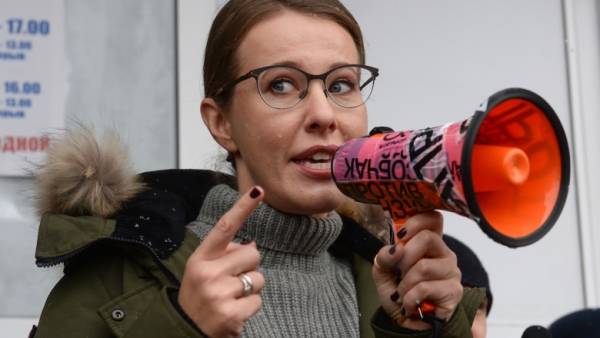 “Join us for a conversation with the candidate on a post of the President of the Russian Federation Ksenia Sobchak about the prospects and the hope of a post-authoritarian future of Russia. John J. Hamre, President and CEO of CSIS, will deliver welcoming remarks. After the presentation of Ms. Sobchak. Dr. Olga Oliker, Director of the program “Russia and Eurasia” at CSIS, will hold a discussion,” reads the organization’s website.

Sobchak has already participated in similar format, when I visited the UK. In November she addressed the students of Cambridge. However, at the time of the presidential elections has not yet been announced. Now to the most important days in the last month before the election, Sobchak was going to visit the United States. Such actions may adversely affect the pace of the campaign and alienate voters.

The political strategist Andrey Kolyadin believes that this trip will not affect the election campaign of Sobchak. “The pace of the campaign of Sobchak and so is not very high. Flight to Bali or America will not change anything in this campaign. It positions itself as a liberal, as someone who plans to integrate Russia into the global development. So this visit to the United States will not affect her constituents. The flag in her hands, let them fly, dines with the powerful, on the result of the campaign is not affected,” said Kolyadin “Actual comments”.