The oldest Hollywood actress Connie Sawyer died at the age of 105 years. It is reported portal TMZ. 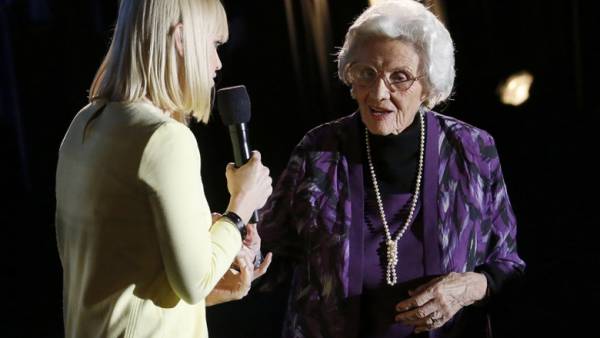 The daughter moved to the U.S. of Romanian Jews, Sawyer was born in 1912, the first role she got at 18, and during his career starred in more than 140 paintings. Despite the fact that she was more known for television, the actress starred in such films as “When Harry met Sally”, “Dumb and dumber” and “Pineapple Express”.

At the age of 99 years she was the oldest member of the Academy of motion picture arts and Sciences, voting for the award “Oscar”.