CNN: Melania trump will not go with her husband to the forum in Davos

NEW YORK, January 23. /TASS/. The first lady of the United States, the Melania trump will not accompany my husband on a trip to Davos, if the President, Donald trump will go to the world economic forum. This was announced on Monday, the broadcaster CNN, citing the official representative of the White house Stephanie Grisham. 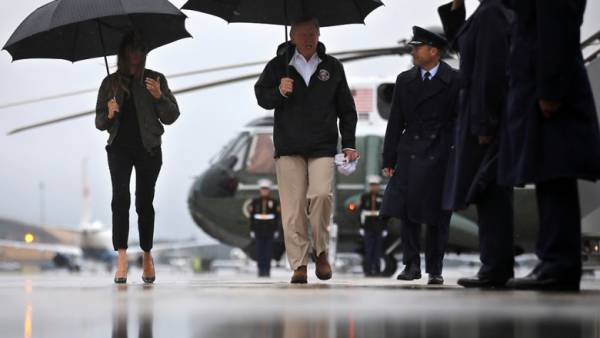 She explained the decision of the first lady to skip the trip to the Swiss Alps “problems with the schedule [of events] and logistics.”

As claimed by the newspaper, Clifford a month before the US elections in November 2016, paid $130 thousand for the fact that she concealed the fact of his intimate encounter with a Republican in July 2006. It was an extramarital affair as the wedding of billionaire and Melanie trump took place in 2005.

Press Secretary of the White house Sarah Sanders on Monday confirmed the immutability of the plans of the US President to go to the world economic forum, if the U.S. Congress will finally resolve the question of the extension of temporary funding of the Federal government until February 8.

Earlier, the White house reported that trump planned to fly to Davos on Wednesday to present a speech on Friday, the last day of the forum. The presidential delegation comprised of 14 members of the Cabinet and advisers, including Secretary of state Rex Tillerson, the Minister of Finance Steven Mnuchin, Minister of Commerce Wilbur Ross, the Minister of internal security Kirsten Nielsen, son-in-law and senior adviser Jared Kushner, assistant for national security Herbert McMaster.