America goes to Europe with the “Kremlin report”

By 29 January, the administration must submit to Congress reports in the framework of the implementation of a new package of anti-Russian sanctions stipulated by the draft law “On opposition to the enemies of America by sanctions” (CAATSA). To join such measures and offer the EU. To that European politicians are pushing developers CAATSA among members of Congress and the expert community. To toughen sanctions against Russia, following Washington in the EU is not in a hurry. But, according to respondents ‘ b ‘ analysts, many European firms, in any case, will suspend investments in Russia, for fear of being punished by the us authorities. 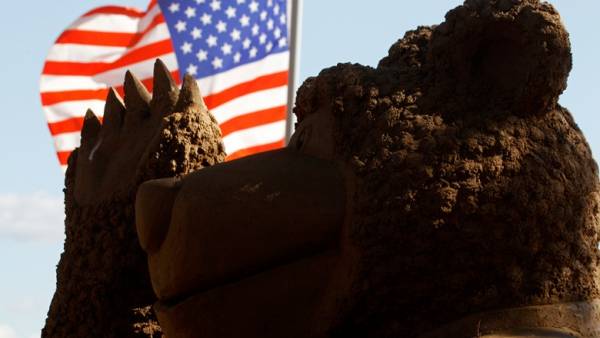 Participated in the development of CAATSA experts and members of Congress urged the EU to support a new package of sanctions against Russia. With this treatment, in particular, was a senior fellow at the Atlantic Council Anders åslund, author of recommendations for drafting a new sanctions list. An article by an expert “will Join the EU sanctions against Putin’s elite?” was published in the online edition of EUobserver. “Desirable for closer coordination between the EU and USA in the official field”, — said Mr. Aslund on European politicians.

Special attention was paid to the expert section 241 CAATSA, which provides for the preparation of the so-called Kremlin report that contains information about close to the leadership of the Russian Federation “high-ranking officials and oligarchs.” The defendants in this list, which, according to “Kommersant”, may enter more than 50 people, the risk of subsequently be subject to restrictive measures, including freezing their foreign accounts and assets, as well as a ban on entering the United States.

Increase pressure on the Russian elite offer the EU and in the us Congress. In mid-January, the Democrats in the foreign Affairs Committee of the Senate published the report “Putin’s asymmetrical attack on democracy in Russia and Europe: implications for U.S. national security”.

On its pages, the legislators spoke about the numerous actions of the Russian Federation, allegedly aimed at the destabilization of Western democracies: “support for marginal politicians to cyber attacks and propaganda campaigns”.

The purpose of the report is to prove that coming from Russia, the threat is also relevant for Europe. As a result, to meet its Brussels and Washington are United in front. A similar appeal was made by the initiator of the bill CAATSA in Congress, the Chairman of the Senate Committee on foreign Affairs, Democrat Ben Cardin: “I Hope the United States will continue to show leadership and, most importantly, to cooperate with Europe in the framework of the protection against such attacks (Russia on democracy of the West.— “Kommersant”)”.

In the European Union, however, new US sanctions are still treated without enthusiasm. Even before signing CAATSA European Commission President Jean-Claude Juncker has criticized Washington for consultation with Brussels. He warned that if U.S. restrictions will harm the interests of European businesses, the EU may impose against the US responses “in a few days.”

In particular, informed Mr Cardin called for an end to the joint project of EU and Russia for the construction of the pipeline “Nord stream-2”.

In the Congress of the comments of Brussels took into account: the final version CAATSA contained a provision, indicating the need to coordinate the implementation of new sanctions on allies of the US. Mr Juncker took the news as a “positive” step, but finally such guarantees are not reassured. So at the beginning of August, he again made clear that the EU is ready, if the situation so requires, “to protect its economic interests against the United States.”

Diplomats in Brussels unilateral US actions cause irritation, told “Kommersant” Director of the program “wider Europe”, European Council on foreign relations Fredrik Wesslau. “New sanctions Congress was primarily dictated by considerations of internal policy of the USA, namely the fear that Donald trump will be removed from Moscow a package of restrictions on Ukraine. The opinion of the European Union no one was interested”, — said Mr. Wesslau. And added:

“After taking CAATSA consultations with Brussels was held, but the overall situation has left a bad taste and angered many in the EU.”

The introduction of new sanctions to the same risks to inflict additional financial damage to the EU, which unlike the US has with Russia close trade-economic and humanitarian ties. And that Moscow will not leave unanswered CAATSA, said the press Secretary of the President Dmitry Peskov.

The lack of consensus between the EU and the United States CAATSA — precedent, calling into question the unity of the Western policy on sanctions. The issue of cooperation of the allies in this area is exacerbated by the loss of White house control over sanctions policy. As you know, according to the text CAATSA to make adjustments to the existing restrictive measures, the President must first send to Congress a special report justifying such action. This, in turn, makes the abolition of anti-Russian restrictions very difficult task, and in a short time is not impossible.