“The law of Spring” bring to reality

Government soften its conditions and timing. 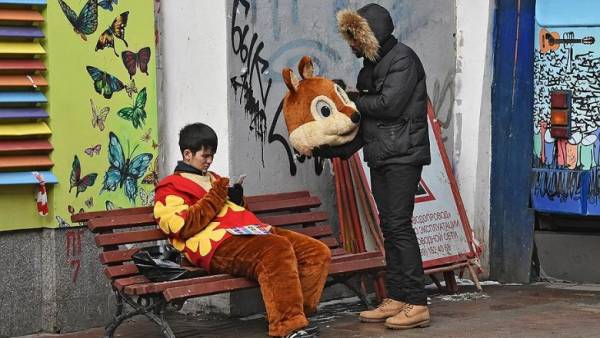 As found “Kommersant”, the government still recognized the sound of the criticism is anti-terrorism “Spring law”, obliges operators to store traffic. As requested by market participants, the necessary amount of data storage will be calculated on the basis of network capacity and actual traffic. May be postponed and the term of the entry requirements in force from July to October 2018. But support from the state budget is still not provided for: reducing the expected costs of operators is planned to be achieved only at the expense of mitigation requirements.

The Federal government waived the requirement to calculate the storage capacity of user data for the execution of anti-terrorism “law of Spring” on the basis of installed capacity of the networks operators.

This should reduce operator cost, to the letter (a copy is in “Kommersant”) Deputy head of the Ministry of communications Dmitry Alkhazov the Russian Union of Industrialists and entrepreneurs (RSPP). The letter prepared in response to the conclusion of the RUIE Commission on communication and telecommunication and information technology addressed to the Prime Minister of the Russian Federation Dmitry Medvedev the head of RSPP Alexander Shokhin.

In the previous version it was assumed that from 1 July 2018 to operators regardless of the traffic will need to 0.35 Pb of storage on a 1 Gbps network capacity with a subsequent annual volume increase of 15% over five years. In this scenario, the RSPP has estimated the total cost of the fulfillment of the law of MTS, “MegaFon” and “VimpelCom” in 2018 at 100 billion rubles. But without co-financing from the state budget, these operators can afford to spend on “Spring law” of not more than 3 billion rubles a year each, been evaluated by the RSPP. The Ministry of communications in the letter of Mr. Alkhazov indicates in response that the budget and sectoral programs of the government funds to offset the costs of operators in connection with the “Spring law” is not provided.

Operators can also save on equipment, to the letter of the Ministry of communications.

It says that to store data they can use existing infrastructure and equipment after the “finalization in accordance with the technical solutions developed in joint working groups with the participation of the Ministry of communications, the FSB, developers and the operators themselves”. The press office declined to comment. In General, the new edition of the decree of the government will reduce the cost of operators for data storage, but not significantly, evaluates the source “b” in one of Telecom operators.

In the government admit that the terms “law of Spring” for the storage of user traffic can enter into force 1 July 2018, but a few months later, said January 19 Deputy Prime Minister Arkady Dvorkovich. According to the interlocutor of “Kommersant” in the communications market, we are talking about the postponement of the entry requirements in force in October 2018. Delaying the entry requirements in force reasonable and necessary, as there is still no approved standard for implementation of the law, and the operators did not have time to test technical solutions required for its execution, told “Kommersant” in “VimpelCom”. The implementation of the “Spring law” of a complex from a technical point of view, the delay will fully implement the necessary requirements, agree in “the Megaphone”. In “Rostelecom” said that the delay will make the necessary regulations, which will determine the regulations, rules and procedures for the implementation of the law. MTS and Tele2 declined to comment.

According to a leading analyst of the Russian Association of electronic communications Karen Ghazaryan, optimum would be a longer postponement of the law until at least 2020.

It is obvious that the government has no time to coordinate regulations acceptable to the industry form.Karen Kasaragode analyst at the Russian Association for electronic communications

The cycle of approvals, project budgeting, development of technology — it all needs to be done, adds the analyst, it may take less than two years.