The ice cave in “charge” will open in late February

Its creation would take about 70 tons of ice. The height of the “glacier” will be almost six meters. 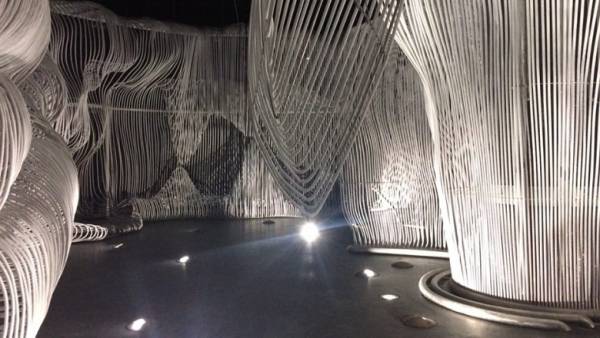 In the Park “charge” has started freezing ice cave. Design with columns, arches and mazes with an area of 350 square meters will be available year-round in the pavilion “Protected the Embassy.” The height of the “glacier” which allows guests to experience the atmosphere of the Arctic, reach six meters. To open it for visitors to plan at the end of this winter.

“The design of the ice cave consists of a metallic curved pipes with a total length of 15 kilometers. Inside circulates about eight tons of special coolant. The temperature will range from minus five to minus eight degrees Celsius,” — said the chief architect of Moscow Sergey Kuznetsov.

The author of the project and the artist Alexander Ponomarev noted that special equipment, which delivers the coolant, posted by glacier. On the walls, ceiling and floor of the cave is artificially traditionally freeze new layers of frost, which is then converted to ice. The ice cover is fully formed in about a month and a half. Only this time it is planned to numerosity about 70 tons of ice.

Visitors can touch the ice surface. On the media screens that will be installed near the cave, will show documentary films about the nature of ice and scientific expeditions in the Arctic and Antarctic.

In a “natural Alliance” is already opened only in Moscow, multistoried greenhouse with artificial climate. All year round in glass Floriana cultivate vegetables, fruits, herbs and flowers. And in the lecture hall meetings with famous scientists, architects, dendrology, landscape designers, doctors, sociologists and art critics.