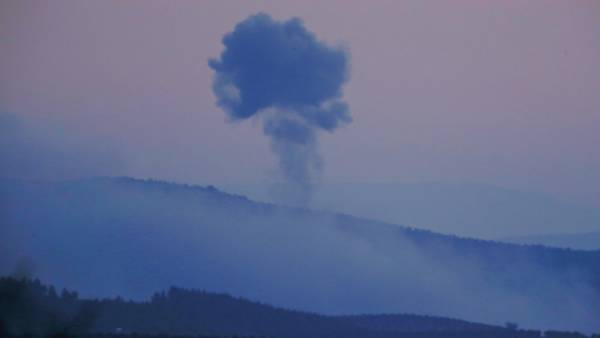 According to the Agency, the missile struck at the eponymous capital of the province. According to a source in the security forces, the shelling damaged some buildings. On a scene directed law enforcement officers.

Who is able to launch rockets, not specified.

On Saturday, the Turkish General staff announced the beginning of “operation Olive branch” against Kurdish forces in the Syrian district of Afrin. The operation kicked off at 17.00 GMT. According to the General staff, it involved 72 aircraft that will be struck 108 of 113 goals.

The Kurdish side, in turn, said that the victims of the bombing were nine people, including six civilians, 13 people were injured.

Later the Prime Minister of Turkey Binali Yildirim said on Sunday in Afrin may start a ground operation.