Media: Poroshenko flew to the Maldives under an assumed name

MOSCOW, 21 Feb — RIA Novosti. The President of Ukraine Petro Poroshenko and members of his family received from SBU documents on other names before leaving on vacation to the Maldives, writes about this “Strenia” citing a source in the Department. 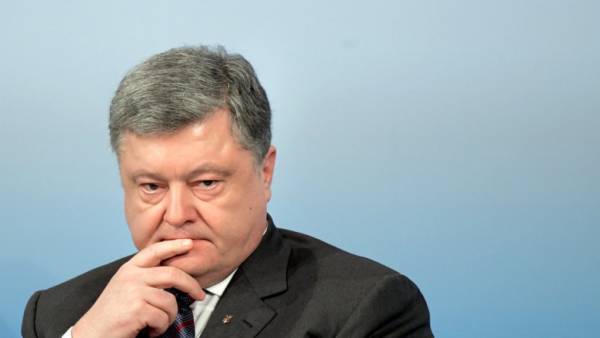 “Geleta (Valery geletey, the head of the State guard. — ed) wrote in SBU letter under a signature stamp “confidentially” that the President received threats. On the basis of this letter, the SBU produced a DOP — passports in fictitious names. This was done, the Department quickly-technical actions of the SBU”, — quotes the edition source.

On what kind of name was issued a document “Strenia” did not specify.

Earlier, the Ukrainian media reported that Poroshenko together with his family spent a vacation in the Maldives. It was noted that for this 1 to January 8 was leased the island of value not less than 500 thousand dollars.

The Ukrainian leader checked into the hotel under the name of Mr. Incognito, the Petro Ukraine.