The Kurdish people’s protection units (YPG) clashed with Turkish soldiers who tried to penetrate deep into Syrian territory. This is with reference to sources in the Kurdish militia according to TV channel Al Mayadeen. 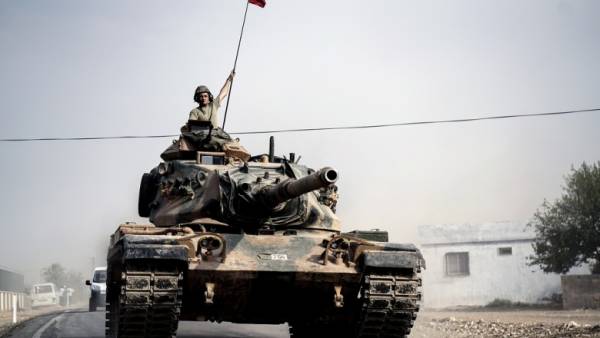 According to him, in the course of an armed clash, which occurred near the border village of Bulbul, were killed and four Turkish soldiers.

On 19 January, the Turkish military began shelling Kurdish troops in the city Afrin in the North Syrian province of Aleppo. The Minister of defence of the Republic of Nurettin Canikli said that the decision to begin a ground offensive in military units will not be changed. He added that the Kurds are de facto began shelling the Turkish security forces on the border and pose a real threat.

Ankara wants to eliminate the Syrian Kurdish border area, where in recent weeks was pulled troops and armored vehicles.

On 15 January the Turkish authorities in response to information about the US decision to form groups of armed militia in the North-Eastern border of Syria sent to the South-East of the country military convoy with military equipment. The Secretary of state of the United States Rex Tillerson called the situation a misunderstanding.