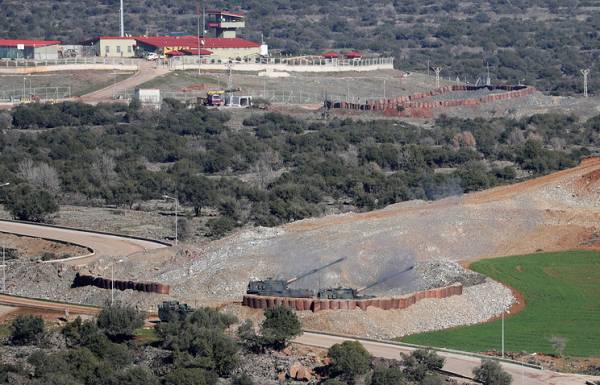 © REUTERS/Osman Orsal MOSCOW, January 20. /TASS/. Moscow calls upon participating in the conflict in the region Afrin in Syria the parties to exercise restraint. This was stated on Saturday by the foreign Ministry.

END_OF_DOCUMENT_TOKEN_TO_BE_REPLACED 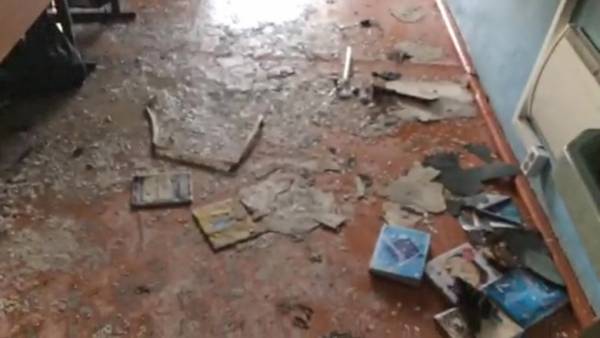 The victim in Buryatia schoolgirl restored fingers KRASNOYARSK, January 20 — RIA Novosti. Surgery to repair the fingers of the girl who suffered the attack of a teenager on a school in Buryatia, lasted six hours, the doctors give favorable prognosis recovery, reported the press Secretary of the emergency hospital Dora hamaganova. She also posted a video review Golany, who believes that the probability of recovery is big. “We made all the vessels of the affected fingers… the blood flow restored,” he said. During the download an error has occurred. The attack on the pupils of the seventh grade of school # 5 in the district Sosnovy Bor the city of Ulan-Ude took place on Friday. According to the official information of the RF IC, the student of 9th class was thrown into the study of Russian language and literature a bottle with an incendiary mix, and then attacked the

END_OF_DOCUMENT_TOKEN_TO_BE_REPLACED 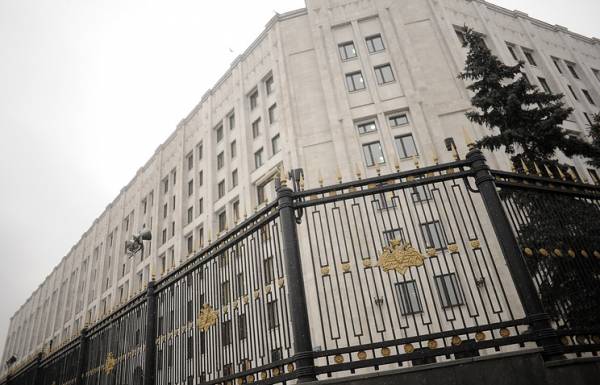 The building of the Ministry of defence of the Russian Federation © Sergey Karpov/TASS MOSCOW, January 20. /TASS/. The United States under false pretenses initially suspended and now has stopped the destruction of their chemical weapons. This was stated in the defense Ministry on Saturday, commenting on the words of the representative of the state Department that Russia is allegedly trying to protect “the Assad regime continues to use chemical weapons”.

END_OF_DOCUMENT_TOKEN_TO_BE_REPLACED 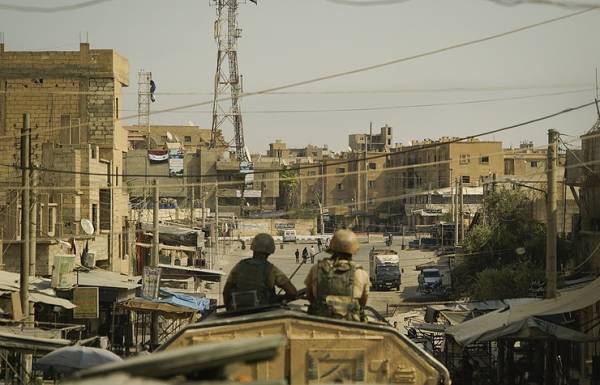 © AP Photo MOSCOW, January 20. /TASS/. The operational group of the Russian Center for reconciliation of the warring parties and military police deployed from the area of Afrin in the district of tel-Adjara in Syria in the beginning of the Turkish operation. This was reported on Saturday at the defense Ministry.

END_OF_DOCUMENT_TOKEN_TO_BE_REPLACED 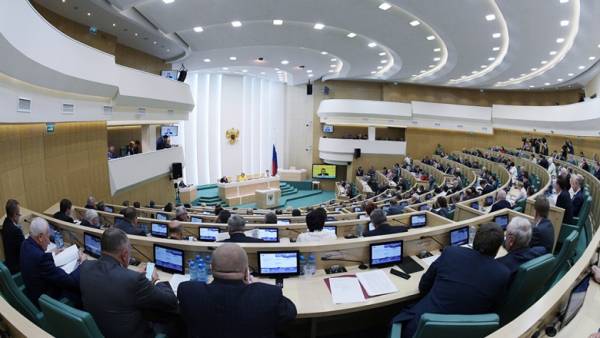 Russia will demand the UN cease operations of Turkey in the Syrian ‘ Afrīn MOSCOW, January 20 — RIA Novosti. Russia will provide Syria, which Turkey launched a military operation, diplomatic assistance will support the UN demand that Turkey stop her, said RIA Novosti, first Deputy Chairman of the Federation Council Committee on defense and security Frants Klintsevich. The Turkish General staff on Saturday announced the start of “operation Olive branch” against the forces of the Syrian Kurds in the Afrin. The operation began at 17.00 GMT. “At the United Nations, not only Syria will require termination of the operation. Russia will support these requirements and will provide Syria with diplomatic assistance,” — said Klintsevich. According to him, the Turkish operation in ‘ afrīn violates the sovereignty of Syria.

END_OF_DOCUMENT_TOKEN_TO_BE_REPLACED 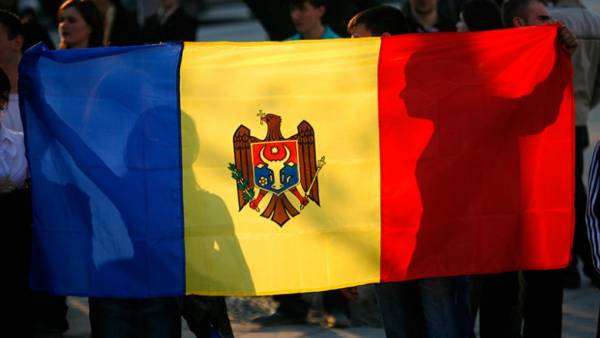 Moldova will present Russia’s billion-dollar bill for Transnistria Moldova plans to present to the Russian authorities by billions of dollars for military presence in Transnistria. This was stated in an interview to Latvijas Avize, the speaker of the Moldovan Parliament Andrian CANDU. “We believe that about two thousand Russian troops in Transnistria are occupying forces,” — said the candidate. — Russia has violated international law. We intend to hire an international law firm to calculate the damage from Russia’s presence in Transnistria for 25 years. The expense will be measured in the billions of dollars.” According to him, the Russian military conducting joint exercises with the army of the unrecognized Transnistrian Moldovan Republic, threaten the security of Moldova. “This is an illegal military presence, such as in Abkhazia, South Ossetia and Eastern Ukraine,” the politician said, adding that he hoped the discussion of this issue at the international level. In

END_OF_DOCUMENT_TOKEN_TO_BE_REPLACED 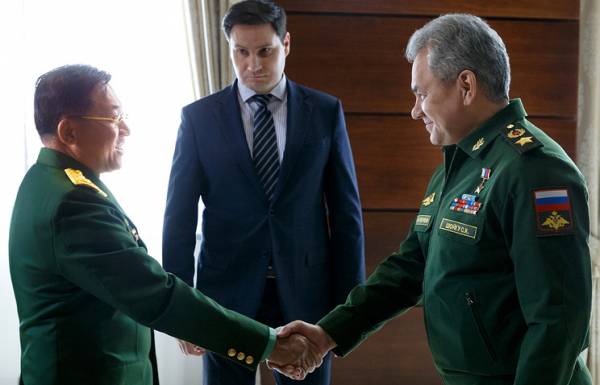 Chief of the Myanmar Armed forces senior General Min Aung Hlain and the Minister of defence of Russia Sergey Shoigu © Vadim Savitsky/press service of the defense Ministry of the Russian Federation/TASS Nay Pyi Taw /Myanmar/, January 20. /TASS/. Intergovernmental agreement on a simplified procedure of calling of the military ships in the ports of Russia and Myanmar signed Saturday after talks between Russian defense Minister army General Sergei Shoigu and chief of the Armed forces of the Republic of the Union of Myanmar senior General Min Aung by Klinom. Signatures under the document was signed by Deputy defense Minister Lieutenant-General Alexander Fomin and Deputy defence Minister of Myanmar commander Myint rear Admiral HBe. When signing the agreement it was noted that the document will serve to expand bilateral military cooperation. The plan of bilateral cooperation As said Shoigu, Russia and Myanmar will implement an ambitious plan of bilateral military

END_OF_DOCUMENT_TOKEN_TO_BE_REPLACED 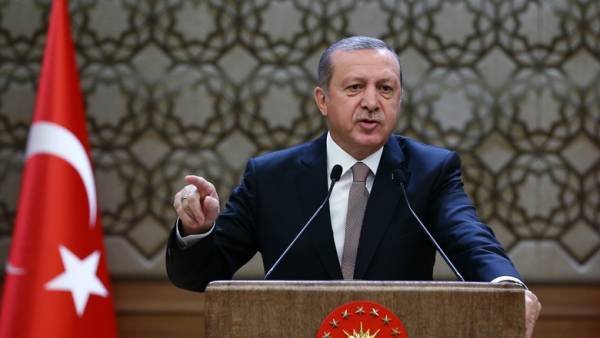 Erdogan has announced “anti-terrorist operation” in ‘ afrīn Moscow. 20 Jan. INTERFAX.RU — Turkish President Recep Tayyip Erdogan announced the actual launch of the “antiterrorist operation” in the Syrian Afrin, passes on Saturday Agency “Anadolu”. “Anti-terrorist operation in’ afrīn actually started, said President Recep Tayyip Erdogan, in the province of Kutahya”, — reports the Agency. According to the Agency, the Turkish President said that “the West should realize that Turkey is a ally, with whom we have to reckon and cooperate in the region.” Earlier it was reported that Turkish armed forces launched a series of attacks in the area surrounding the Syrian Afrin, occupied by Kurdish militias. Turkey considers these groups a terrorist group. Afrin is the main city of the homonymous Canton. There are a total of three cantons of Syrian Kurdistan (Rozhava) — Kurdish territorial entity in Northern Syria, the creation of which was announced on 17

END_OF_DOCUMENT_TOKEN_TO_BE_REPLACED 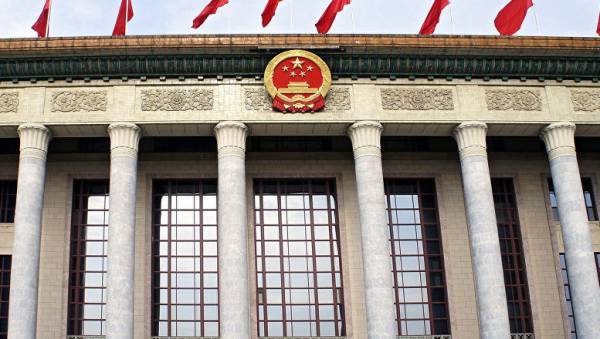 The Chinese defense Ministry has accused the US of undermining security in the region BEIJING, 20 Jan — RIA Novosti. The next time an American warship in the waters near the Chinese Islands in the South China sea and threatens the sovereignty of China’s national security and undermine peace and stability in the region, said Saturday the official representative of the Ministry of defense of China From Qian. According to the Chinese side, the missile USS “Hopper” January 17, illegally entered the waters of disputed Huangyan Islands (Scarborough reef) in the South China sea, which China considers as its. The Chinese missile frigate “Huangshan” immediately carried out the identification of the American ship and warned of the need to leave the area. “At present, thanks to the joint efforts of ASEAN, the situation in the South China sea continuously stabiliziruemost. In these circumstances, the next time an American warship in

END_OF_DOCUMENT_TOKEN_TO_BE_REPLACED 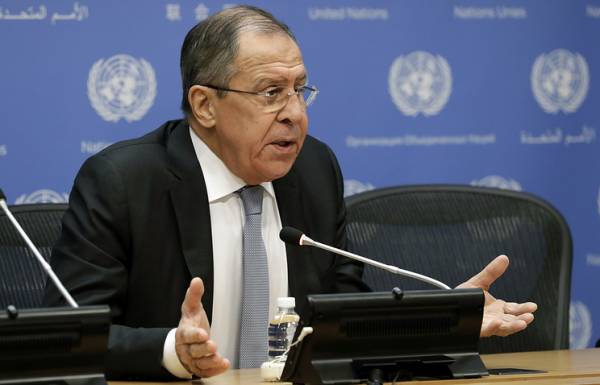 © EPA-EFE/JASON SZENES UN, January 20. /Spec. Q. TASS Maria Ustimenko/. The Minister of foreign Affairs of Russia Sergey Lavrov concluded the trip in new York, where on January 18-19 spoke at two meetings of the Security Council (SC) of the UN on non-proliferation of weapons of mass destruction (WMD) and the security and stability in Afghanistan and Central Asia. Participation in discussions was accompanied by meetings with foreign colleagues, which addressed both bilateral issues and the most pressing issues on the international agenda is the situation around the nuclear deal with Iran, Syria and middle East issues. Lavrov also spoke at the opening ceremony of the exhibition devoted to memory of victims of the Holocaust and the role of the red army in the liberation of the prisoners of the death camps. As a result of participation in the activities of the headquarters of the UN, the Minister answered