Ukraine is preparing for a new war, said the Russian foreign Ministry

MOSCOW, 18 Jul — RIA Novosti. Moscow believes the adoption of the Ukraine law on the reintegration of Donbass evidence of preparations for a new war, said the Russian foreign Ministry. 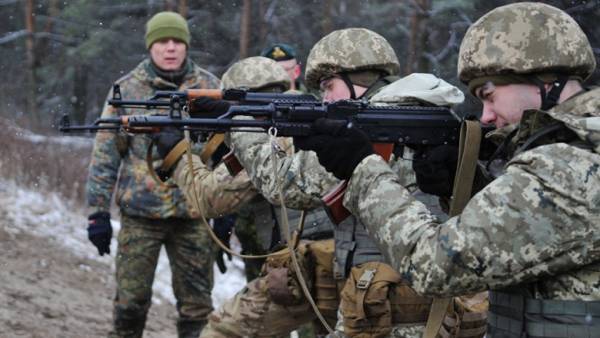 The Ukrainian Parliament on Thursday adopted a presidential bill on the reintegration of Donbass, in which RF is called “an aggressor”. According to the law, uncontrolled Kiev territory of Donbass are “occupied”. The document excluded the point about the priority of the implementation of the Minsk agreements to resolve the conflict.

As pointed out in the Ministry of foreign Affairs of the Russian Federation, with the approval of the law in the first reading (October 6, 2017) this document, although has been subject to some adjustments, but kept his main focus is to legally confirm the line of Kiev on the “problem of Donbass” by force.

In particular, the so-called anti-terrorist operation will be reformatted in the military, and the office will forward it to the military, which would be subject to all the other security forces. This will create a “joint operations center”, which will have the opportunity to use the armed forces against the civilian population not only in the Southeast but throughout the country, and without formal introduction of martial law.

“In fact, Petro Poroshenko gets unlimited close to dictatorial powers to suppress dissent and discontent. Other than preparation for new war can not be called”, — reads the statement of the foreign Ministry.

Moscow has more than once declared that it is not a party to domestic conflict and is not privy to the events in the Donbass, and is interested in Ukraine overcame political and economic crisis.