The vast majority of Russians trust Putin, the survey showed 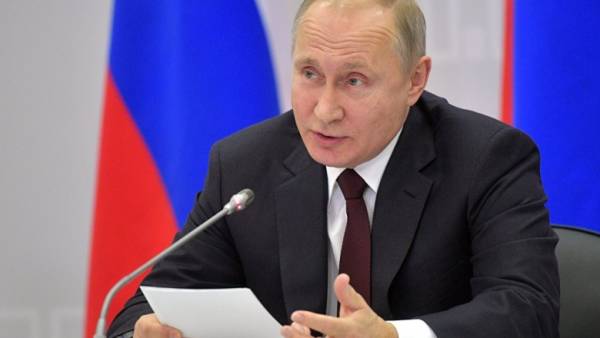 To the question, do they trust the head of state or not, 37% of respondents said that “of course we trust” to the President, and 41% — “rather trust”.

A quarter of respondents said that over the last month, the credibility of the first person increased. Overall assessment of Putin, according to FOM, for the last year practically has not changed: 81% of respondents appreciated the work of the President.

The public opinion Foundation conducted a survey in 53 subjects of the Russian Federation on January 13-14. It was attended by fifteen hundred respondents from 104 settlements. The statistical error does not exceed 3.6%.

In March of this year in Russia will pass elections of the head of state, Putin goes to them as the independent candidate. The initiative group of voters, which included more than 600 people, 26 Dec 2017 voted for his nomination in the elections. Wednesday, December 27, Putin personally presented to the CEC the documents for nomination as a presidential candidate, the CEC took them into consideration.

The Central election Commission on 28 December registered the group of voters created for support of self-nomination of Putin. On the same day, the CEC gave the applicant permission to open a special account for formation of election Fund, allowing him to officially start a campaign and collecting signatures in his support. The collection of signatures began on January 5 and will last until January 30.