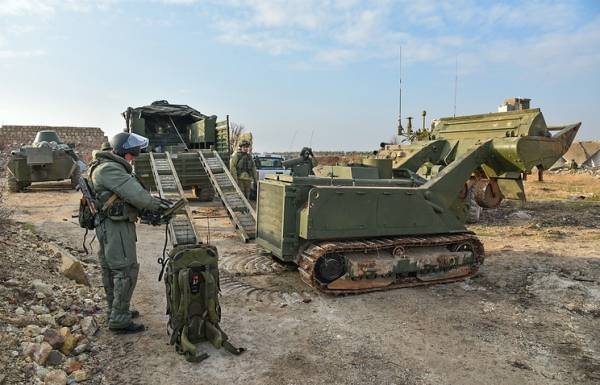 In 2017, for service and supply of the engineering troops of Russia was adopted on 18 modern tools. Among them complete sets of diving equipment, military cranes, power plants, mobile saw-mill, kits equipment of checkpoints, engineer observation posts. Since 2013 there is a formation of the army’s engineer regiments are planned to be completed by 2021.

As stated by the newspaper “Izvestia” head of the engineering troops of the armed forces Lieutenant-General Yuri Stavitsky, the main directions are construction troops and equipping them with the latest, including robotic engineering samples of weapons. 19 already formed formations, units and organizations of similar profile. It is expected this year to take on the supply of the robot-sapper “Uranium-6” and managed systems “scarab” and “Sphere”, which passed approbation in the course of the operation in Syria.