WASHINGTON, 18 Jan — RIA Novosti, Alexei Bogdanovsky. The winner of the Nobel prize in Economics and columnist for the New York Times, Paul Krugman criticized President Donald trump, who put the economist in first place in its “prize for fake news.” 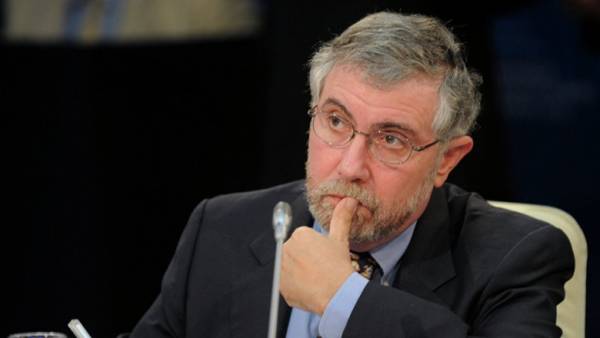 “I received “the award for the fake news” for the poor market Outlook, revoked three days later, from a man who lied for two thousand times and still did not recognize that he lost the elections the number of voters,” wrote Krugman on Twitter and added, mimicking trump: “Sorry!”.

In his opinion, the list is “ridiculous” because the President is confident that “the fake news” exist, but to prove that the examples can not.

Krugman, an ardent supporter of the Democratic party, won the first place in his prophecy on the night of the presidential elections on 9 November 2016, the markets will not survive the election of a trump. For the year since the inauguration of the trump stock index S&P 500 rose nearly 25%, high-tech NASDAQ index — by 30%.

Only the top ten “winners” of the prize of the trump turned, four of the CNN, in two reports the New York Times and one from ABC, Washington Post, Time and Newsweek.