Turkey said it is prepared to conduct major offensive on Kurdish forces across the border with Syria. This can lead to direct conflict with Turkey’s ally in NATO — the United States. 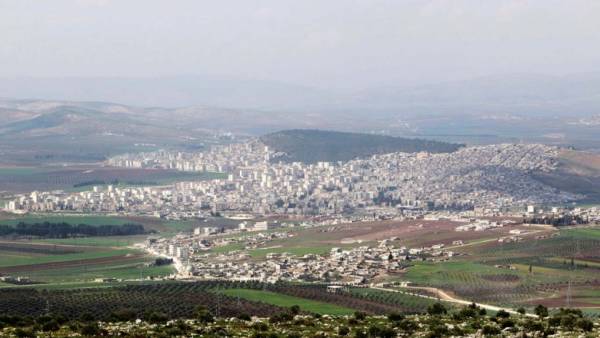 Turkey considers the Kurdish militia the people’s protection Units (NSU) terrorist organization and has long threatened to strike its positions in the cities of Afrin and Manbij.

In the night of Wednesday, the Turkish artillery started massive bombardment of the Kurdish enclave near the town of Afrin on the eve of the Turkish offensive.

Turkey considers the Kurdish militia in Syria branch of the Kurdistan workers party (PKK) which is banned in Turkey and is fighting for Kurdish autonomy since 1984. However, the militia ONS denies direct the political or military relationship with the PKK.

The United States also rejected the approval of Turkey regarding Syrian Kurds, who were the most reliable allies in the fight against extremist group “Islamic state” (is banned in many countries, including Russia).

The militia ONS included in the coalition with a number of Arab militia called the Syrian democratic forces (SDS). These forces, backed by U.S. aircraft inflicted a decisive defeat of the jihadists of ISIS and liberated a huge part of Syria.

Despite the fact that Turkey is part of the coalition headed by the USA, which is fighting with ISIS in Syria, Turkey has always objected to the participation of the Kurds and tried to prevent the capture of Kurdish positions on the Northern border of Syria.

US persuaded Turkey to refrain from attempts to deprive SDS of the city of Manbij, inhabited mainly by Arabs. However, the US persuaded the Kurds to withdraw its forces East of the Euphrates river. But Turkish officials claim that the Kurds have remained in their positions.

Turkey could push the decision on the offensive against the Kurdish militia ONS in the towns of Afrin and Manbij recent news that the US helps forces SDS in creating a new border security force.

The Americans said that they are going to create these forces consisting of about 30 thousand people, half of whom were soldiers of the forces of SDS. The force will have to take over patrolling the border of Syria with Turkey and Iraq to prevent seepage through it of the militants.

This news has infuriated the Turkish government. President Erdogan said Monday that he would consider these forces as a terrorist.

The Syrian government, which mostly avoids conflicts with the Kurds, said the decision on the establishment of new forces in gross violation of its sovereignty. Russia also warned that, from her point of view, we are talking about a step towards the dismemberment of Syria.

On Tuesday, President Erdogan said that the Turkish army in Alliance with the Syrian rebels will soon destroy the “incubators of terror” on its borders, starting with the cities of Afrin and Manbij.

According to Turkish data, in the town of Afrin placed from 8 to 10 thousand Kurdish militias.

It is also not clear if you’re staying in the town of Manbij, the us military, where they were placed last year.

What will the offensive of Turkish forces in Afrin?

It can cause a clash between two NATO allies Turkey and the United States, and also seriously complicate relations between Turkey and Russia.

Russia has hundreds of military advisers in ‘ afrīn, and also controls the airspace over the city.

The Turkish offensive without the consent of Moscow may be for Turkey impossible feat and create a new front in a war that has already led to the deaths of more than 340 thousand people.

However, if Moscow will give its consent to such intervention, it may bring Turkey and Russia and have consequences for Turkey’s relations with the West.

In addition, the siege of the city of Afrin can cause humanitarian crisis. According to Kurdish authorities, the city’s population is about 1 million people.

Civilians will be hard to leave this enclave is surrounded by territory controlled by Damascus and the mountains.