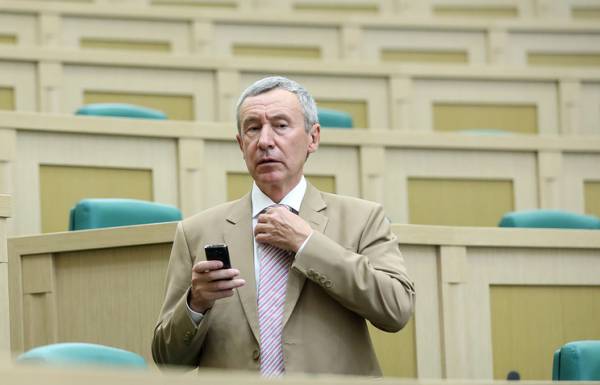 MOSCOW, January 18. /TASS/. The head of the temporary Commission of the Federation Council for the protection of Gouverneto and to prevent interference in the internal Affairs of the Russian Federation Andrey Klimov has denied reports that the upper house of Parliament preparing sanctions for international sporting officials involved in the removal of Russia from the Olympic games 2018 in Pyeongchang.

On the eve of the publication RBK reported that the Federation Council has prepared a preliminary version of the list involved in the removal of Russia from the Olympics-2018 persons can be extended the sanctions. In such a list, according to the publication, can be included the head of the world anti-doping Agency (WADA) Craig reedy, spectracolor USA Robert Mueller, the head of the Commission WADA to investigate allegations of doping frauds in the Sochi Olympic games Richard McLaren, a member of the Commission, Richard young, and an investigator of the Commission Martin Dubbey.