Syria prepared to shoot down the Turkish fighter

The Syrian armed forces will shoot down Turkish fighter. This was announced by Deputy Minister of foreign Affairs of the Syrian Faisal Miqdad, the Associated Press reports. 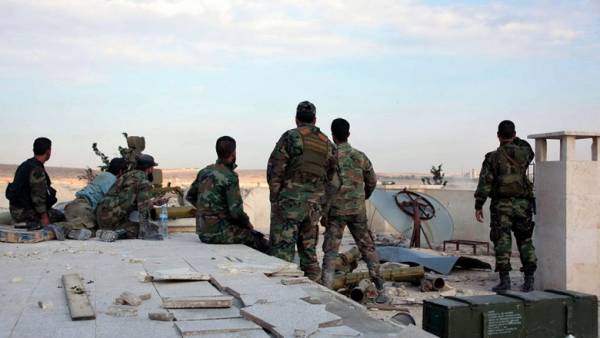 This statement diplomat made against the background of Ankara’s plans to begin in the near future military action against the Kurds in Northern Syria, near the border with Turkey.

Miqdad explained that the Syrian authorities will regard any attack by the Turkish military on Kurdish as an act of aggression and violation of international law.

January 17, Turkish Deputy Prime Minister Bekir Bozdag said that Turkey holds consultations with Moscow and Washington over a possible operation in the Syrian city of Afrin against the armed forces of the Syrian Kurds of the YPG, which Turkey considers a terrorist organization, associated with the country banned Kurdistan workers ‘ party.

Turkey has put its troops on the border with Syria in a state of high alert.