In Sicily found the ruins of the ancient city with 2,700 years of age

MOSCOW — RIA Novosti. Italian geologists from the University of Camerino with the help of a thermal drone found in Sicily hidden underground ruins of the ancient city of Selinunte the age of 2,700 years, according to the newspaper Corriere del Mezzogiorno. 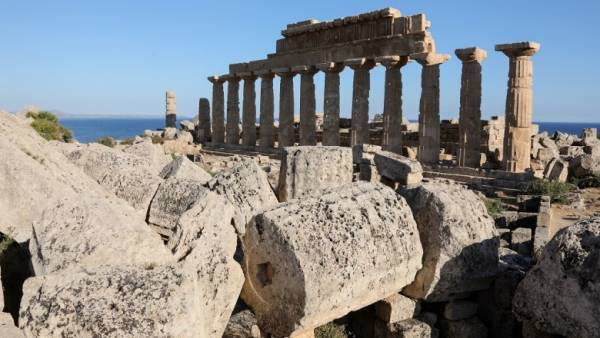 “Using highly sensitive thermal imaging cameras, which were placed on the drone, geologists from the University of Camerino discovered underground on-site archaeological excavations of several thermal anomalies related to large underground buildings that descend from the Temple M (Tempio M) to port”, — quotes the edition of the consultant on the Geology and archaeology of the University Fabio Pallotta.

According to the geomorphologist University Marco Materazzi shooting helped professionals to find the ancient water system age of 2,700 years.

“This discovery allowed us to restore the ancient shoreline of the river and discover many traces of the inhabitants of this territory, including the diversion, development of sources,” — said the expert.

He added that “geometricheskii method” has allowed geologists to “characterize the underground soil to the South of the sanctuary of Demeter and discover the ruins of the underground structures”.

As writes the edition, the study area of the Italian experts have discovered the oldest image of the Greek goddess of moonlight, magic and witchcraft Hecate, and were able to “partially reconstruct the appearance of the Church Y (Tempio Y)”.