Vodka from the stolen bottle for $ 1.3 million was

The kidnapper most expensive bottles of vodka in the world not to drink. About it RIA Novosti said Brian Ingberg (Brian Ingberg), owner of the Copenhagen bar, Cafe 33, where it was stored. 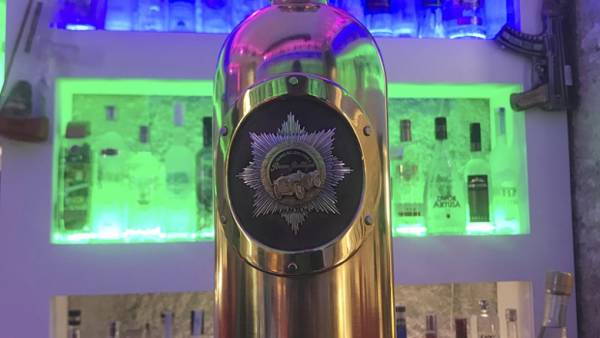 A bottle of “Russo-Balt”, the cost of which is estimated at $ 1.3 million (about 74 million), was missing from the collection of Ingberg 2 Jan. In case of theft suspected a former employee, who was able to use duplicate keys. Three days later she was found at a construction site 20 kilometers from Copenhagen. According to media reports, it was already empty.

“The bottle when she was found by the police, was not empty. Didn’t drink it, and she was still filled with vodka,” — he denied this information. According to him, the thief got rid of the trophy because he was disturbed by the media hype.

Kidnapped bottle — the most expensive item in his collection. He borrowed it from the Latvian company Dartz Motor Company, and within six months he exhibited in his bar. The value of the exhibit due to the fact that the bottle is made of gold and of silver, and a nozzle for filtration and tube in the form of a double-headed eagle decorated with diamonds.

According to the collector, someday he’s planning to drink this vodka and fill the bottle with a drink. Most likely it will be the Russian alcohol production. “But while to go to Russia I’m not going”, — he added.

Inberg said that I started to collect vodka 20-25 years ago. “First — because there are so many beautiful bottles. Then I started to discover different flavors of vodka. Now my collection of over 1200 bottles from all over the world,” he says.