KIEV, January 17 — RIA Novosti. The Parliament refused to amend the diplomatic relations with Russia in a bill on the reintegration of Donbass. 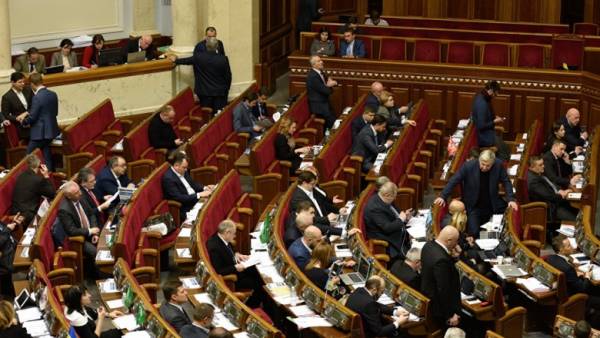 The initiative was supported by all 72 parliamentarians with the necessary minimum of 226 votes. Previously this amendment was rejected by the relevant Committee of the Parliament, however, its author demanded to bring the proposal to a vote.

15:00 GMT deputies considered amendments 624 of 673. The final vote will take place on Thursday.

Rada is discussing a draft law on the reintegration of Donbass in the second reading. It gives the President the right to use the armed forces in the region in peacetime for the protection of sovereignty. This will allow to legalize the use of the army in the East without a Declaration of war.

Document uncontrolled Kiev territory of Donbass are “occupied” and Russia is called an aggressor country.

In the first reading approved the project in October last year. It adopted, with amendments, eliminating the paragraph about the priority of the Minsk agreements to resolve the conflict. Instead, it is proposed to rely on the UN security Council resolution on Donbass.

Diplomatic relations of Russia and Ukraine