The President of Georgia Giorgi Margvelashvili has no plans to pardon Mikhail Saakashvili, in absentia, the convicted person at home. He stated this in an interview with TV company “Rustavi 2” reports RIA Novosti. 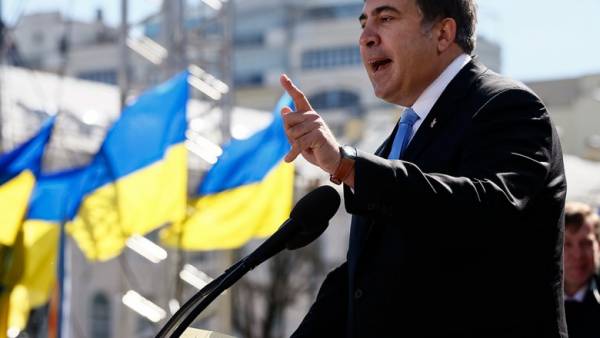 “By what logic should I pardon Saakashvili? Prosecutors can decide how to charge, how to form an investigation, a judge may not determine the boundary of the illegal use of the article of pardon. And that the Georgian President should pardon and thereby correct their mistakes?”, — outraged Margvelashvili.

“Pardon is not a correction of judicial error, it is an act of pity. Standing in front of such a reality can I show the emotion in the attitude of Saakashvili?” asked the President.

He blamed Saakashvili for the current system in which prosecutors and the court, “operate on the old traditions” and the new government is not able to get rid of it.

January 5 Saakashvili of Georgia was found guilty of abuse of power at the head of the state and sentenced in absentia to three years imprisonment. Saakashvili is currently in Ukraine. The foreign Ministry stated that it does not lead to Georgia negotiations on extradition policy.

Saakashvili was President of Georgia from 2004 to 2013, and then left the country. Against him at home several criminal cases.