Sphere — into the future. The government proposed reform of the social institutions support

Change the operation scheme of the social sphere after the elections of 2018 has suddenly become the main theme which opened in Moscow Gaidar forum. The most radical ideas presented by the head of audit chamber Tatyana Golikova is a consolidation of three of the social Fund into a single “exchange of power” with the regions, involving the solution of problems of non-payment for the unemployed the Federal government. The idea of the Center for strategic research (CSR) in the growth of social spending 1.5−2% of GDP unopposed — but judging by the discussions in the Ranepa, in April the government will discuss not so much the growth as the reform of institutions and the entire system of social support. 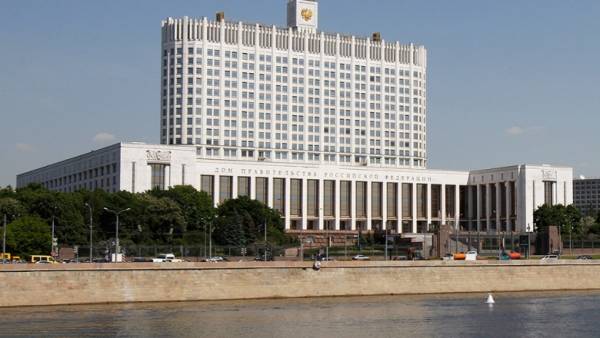 Gaidar forum, an annual conference of the Russian Academy of national economy and public administration (Ranepa), in January 2018 and is, as said yesterday the rector of the Academy Vladimir Mau, in “expert” format — the main role on the forum doing the reports, White house officials are in the Ranepa less than before, and as experts. Besides the first day of the forum the day after his speech, the Prime Minister Dmitry Medvedev key government managers forum has been called on the economic meeting to President Vladimir Putin. Finally, in the pre-election period, making for Ministers risky in almost any speech, talking about the “official agenda” of the Gaidar forum difficult.

However, in the absence of the “big Gostiny” the main theme of the first day of the Gaidar forum quite suddenly become not the blockchain and bitcoin, not reform the civil service and not an agenda, formed the CSR in 2016, and social services. It is not only the key report Tatyana Golikova in the morning session, devoted not so much the social sphere, how many budgetary problems of regions. The “social” agenda with unexpected rigidity and certainty discussed half of the first day of the forum.

At least in the expert community associated with the Ranepa, we can talk about the consensus: the problems of the social sphere needs to be for the new government in the spring of 2018’s real and not declarative priority.

In turn, at least part of the power structures is the intention to discuss substantive changes not only in the amount of future social spending.

The essence of the initiatives that Tatiana Golikova introduced de facto as already lying on the table of negotiations of the regional authorities with the Federal “sharing of power”: the regions passed up to the obligation to pay social taxes to extra-budgetary funds for the unemployed, the released funds are spent on funding previously delegated to the regions (together with subsidies for their implementation, about 330 billion rubles per year) Federal powers and fixed them.

Surgery would be a technical, if not another initiative of the accounting chamber on the unification of the Pension Fund, social insurance Fund (SIF) and the Fund of obligatory medical insurance (FOMS) in a single “social Fund”, a public entity, with the “unification” of the insurance policy.

The “social” Deputy Prime Minister Olga Golodets, announced yesterday at the Ranepa possible measures to reduce the tax burden on the poor, only yesterday stated: the idea of “new” and the government has not yet been discussed. Judging by the lack of response to this very large idea, the Gaidar forum is the first platform where it was stated — and it is unlikely that a private initiative of Ms. Golikova.

In recent years, Pension Fund, FSS, FOMS and rather distant from each other the meaning of their work.