Lavrov stood up for Russian mercenaries

To protect the rights of Russians working for private military companies (PMCs) in other countries, it is necessary to create a legal framework, said the Minister of foreign Affairs of Russia Sergey Lavrov. It is reported by RIA Novosti. 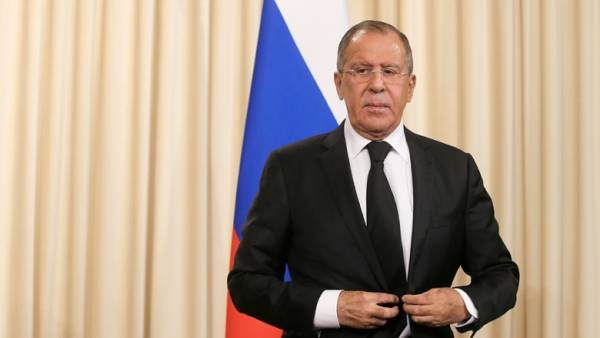 The diplomat reminded that this practice is prevalent in many States, particularly in the US, where there is a PMC Academi, better known under its former name of Blackwater, whose staff have fought in Iraq. “I think here we need to clearly define the legislative framework to ensure that these people (citizens of Russia — approx. “Of the tape.ru”) was also in the legal field and protected,” Lavrov said.

According to Reuters, in Syria, where the official presence of the Russian military contingent, from January to September 2017 killed at least 131 the citizen of Russia. All of them, as reported, soldiers of private military companies. The defense Ministry did not comment on this information, and the Kremlin said they had no information about such citizens.

In addition, the network also regularly mention about Russian mercenaries in Syria. So, in November it published a photograph of a makeshift monument of stones erected in memory of dead and missing in the Republic of the PMCs soldiers of Wagner. This company most frequently mentioned in the press is that it is led by Lieutenant Colonel Dmitri Utkin, who served in the special forces units of the Russian military intelligence.

In Russia, mercenary is a criminal offence. It means the participation of a mercenary in armed conflict or hostilities and the recruitment, training, financing and other material support.