Dishwasher was a refuge for germs and fungi

However, most of these microorganisms are harmless to humans. 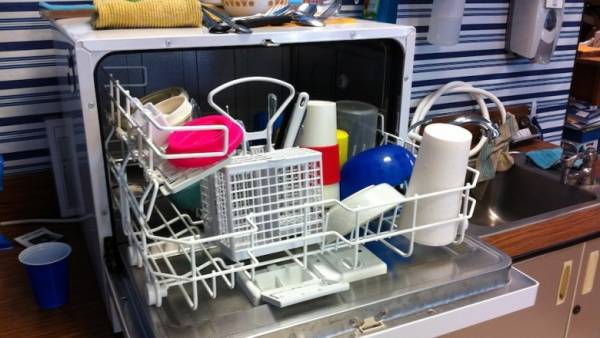 The results of the research group of microbiologists from Copenhagen (Denmark), Ljubljana (Slovenia) and Ghent (Belgium) universities published in the journal Applied and Environmental Microbiology.

The conditions in the dishwasher can be considered extreme for the survival of the microorganisms, then dry, then wet, then high, then low temperatures, permanently changing the acid-alkaline balance, high salt concentration, presence of detergents and so on. Microbiologists decided to find out which bacteria and other microbes are able to survive in such a hostile environment.

To do this they took samples of bacterial biofilms with rubber o-rings extracted from 24 household dishwashers, and conducted a genetic analysis. It turned out that the most common inhabitants of dishwashers are opportunistic strains of bacteria Pseudomonas, Escherichia and Acinetobacter. This means that these bacteria are mostly harmless and can be dangerous only for people with a weakened immune system. In addition, the dishwashers also thrive pathogenic strains of fungi Candida, Cryptococcus and Rhodotorula.

Despite the seeming harmlessness of microorganisms that live in the dishwasher, all of the precautions necessary to avoid their dissemination in aerosol form in the air inside the kitchen. So suggest the authors of the study, no need to open the car door immediately after the cycle is complete when the air is hot and humid, you need to wait until it is completely cooled. In addition, to prevent to grow bacterial biofilm, it is necessary after each cycle, wipe dry the rubber seal in the car.

Previously, scientists have stated that the kitchen is the dirtiest place in the house.