Now, a quarter century later, a new generation, which first learns about the lives of these inseparable friends, Monica, Ross, Chandler, Joey, Rachel and Phoebe. 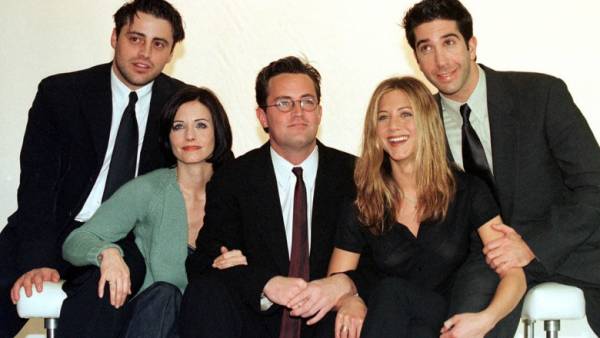 However, many of today’s young people experience the awkwardness of watching the famous series.

“For me there is nothing more hateful than Ross in the episode a male nurse. He’s so sexist and homophobic that I want to get into the TV and strangle him,” wrote Twitter user сhristina.

Another former fan of the show wrote on Twitter that he was a student in the 90s, when I first saw the series. Deciding again to look at him now, she took the joke “Friends” very differently.

“Jokes about “fat Monica” and “gay-Chandler” in our time seem inappropriate,” she wrote.

Writer James Deluun told in interview Bi-bi-si that the negative reaction against “Friends” was inevitable.

“People my age think that the events of “Friends” occur in our day, but it’s the same nostalgic atmosphere of the past which, for example, called the series “Miami Vice” 10-15 years ago,” he said.

Writer Rebecca Reid said that was surprised how much the series is outdated.

“Homophobia is astounding. Every joke Ross, that his wife was a lesbian, like it’s somehow his fault and it’s so funny that she’s a lesbian,” she said.

“There is sexism rampant… besides this is the white show in the world,” she added.