Named the main danger of salt

American scientists have found that regular consumption of excessive quantity of salt provokes changes in the immune system in the gut, which entail the degradation of human cognitive functions. A study published in Nature Neuroscience. 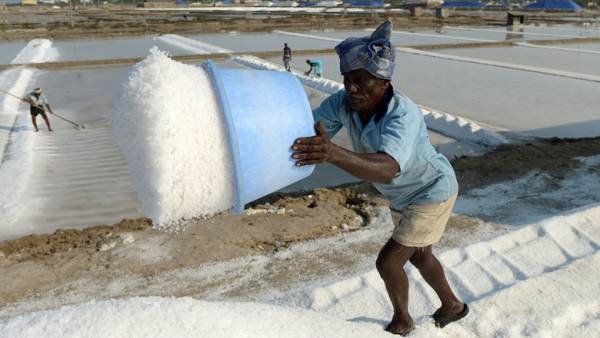 Experts have shown that the abuse of sodium chloride for three weeks leads to endothelial dysfunction, reduced cerebral blood flow and cognitive impairment, but does not change blood pressure.

Visokosolska diet increased the number of cells T helper 17 in the intestine and their production of molecules interleukin-17. The authors showed that the increase of interleukin-17 in the bloodstream causes the negative impact of this diet on cerebral blood flow.

To such conclusions scientists have come in the course of observing mice. The obtained results, the authors also apply to people. Specialists noticed that the negative effects visokosolska diet allowed the abolition if returned to a normal rodent diet.

The world health organization recommends the daily use of no more than five grams of salt per day. It is noted that reducing salt intake to five grams per day each person can prevent approximately 2.5 million deaths annually.

According to the organization, more than half of all people on the planet are consumed daily at 80-140 percent of sodium chloride more. The excess of salt that enters the human body mainly together with bread, cereal and ready to eat dishes.