In Perm wounded in the incident, the teacher regained consciousness

PERM, 16 Jan — RIA Novosti. The teacher who was injured in a fight with a stabbing in the Perm school, regained consciousness, but not yet able to speak, told RIA Novosti the chief physician of the Perm City clinical hospital No. 4 Andrew Rosin. 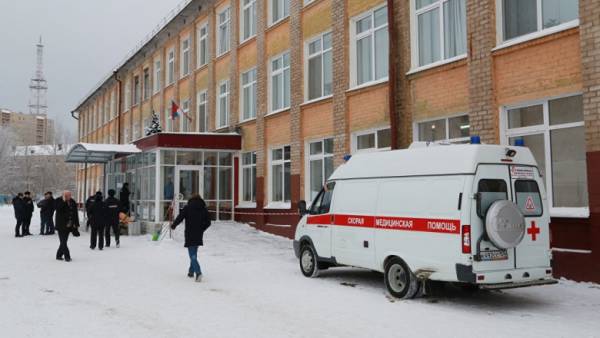 “She regained consciousness. She understands, responds to requests, addressed a speech, just it is still on a ventilator, she is still weak,” said Rosin, adding that to talk to the victim yet.

According to him, adolescents who initiated conflict with the stabbing, in a state of moderate severity, their chambers are on duty police officers.

Fight with stabbing occurred on Monday at the Perm school, injured 15 people, including the teacher and the younger students. The suspects were detained. According to preliminary data, one of them consisted on the account in a psychoneurological clinic. Criminal case about attempt at murder of two and more persons.