The President of Afghanistan said that without U.S. support, the Cabinet of the country won’t last six months

WASHINGTON, January 15. /TASS/. Afghan President Ashraf Ghani has acknowledged that his country won’t last six months without support from the United States. He told about it in interview to TV channel CBS, which aired Sunday. 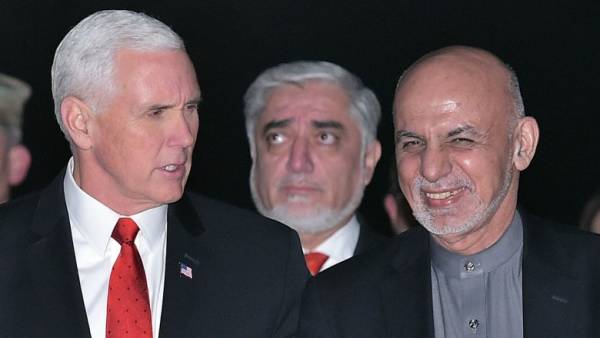 The President asked whether he agrees with the fact that if the US leave the Republic, his “government will collapse in three days.” “From the point of view of resources that is absolutely true. We will not be able to support our troops within six months without American support and capacity,” said Ghani.

The journalist asked to confirm if he has said that without the support of the US army of Afghanistan will last six months. “Yes, because we have no money”, — said the President.

United States, according to the channel, cover 90% of the costs of the defense budget, Afghanistan, resulting in annual military aid worth more than $4 billion of $30 billion was spent on the restoration of the Republic.

“In this country, operating 21 international terrorist group. Sent dozens of suicide bombers. There are entire “factory of death.” We are under siege,” said Ghani.

In just four months last year, according to the channel, more than 4 thousand Afghan soldiers and police were wounded, another 2.5 thousand were killed. Since the President refused to publish data on losses.

Answering a journalist’s question, how long will this situation, he stressed: “as long as is required. Generation if necessary!”.