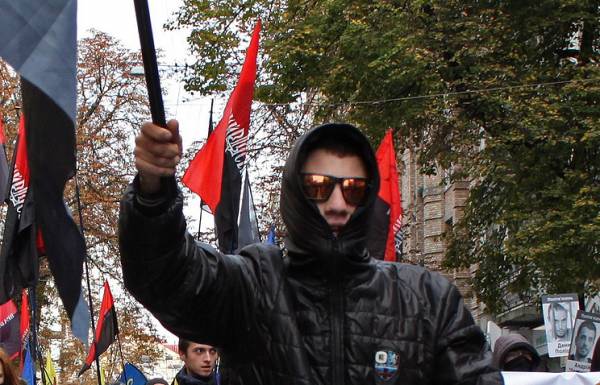 KIEV, January 13. /TASS/. The bullies put a padlock on the entrance to the building of the Russian centre of science and culture (Rossotrudnichestvo) in Kiev, and also pasted leaflets of anti-Russian content. TASS said on Saturday the press service of the Russian Embassy in Ukraine.

“On the morning of January 13, unknown persons blocked with chains and a padlock the entrance to the building, and stuck a leaflet with anti-Russian content”, – have informed in diplomatic representative office, stressing that the Embassy “outraged the next hooligan trick in relation to the Center.” Diplomats said that “provocations against the Russian centre of science and culture in Kiev took on a systematic character”, and urged “the Ukrainian authorities take the necessary measures to prevent unlawful actions”.