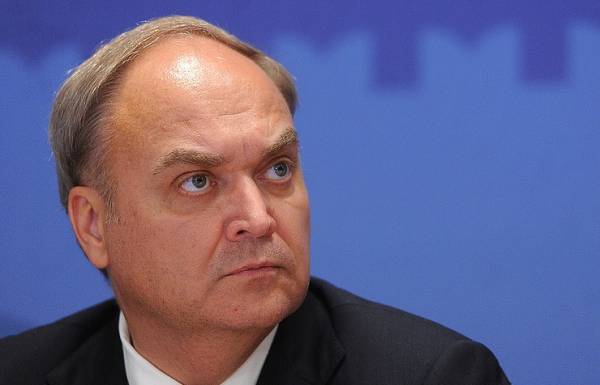 WASHINGTON, January 14. /TASS/. Russia’s Ambassador to the U.S. Anatoly Antonov and U.S. Ambassador to Russia John huntsman outlined the joint steps to promote the normalization of relations between Moscow and Washington. Antonov told the journalists held on January 13 at his residence a reception to mark Day of Russian press.

He said that he considers good and constructive held him the other day meeting with Huntsman. “I think Huntsman is smart, sensible professional. The meeting was good the meeting was constructive, and I welcome the attitude of the Huntsman on the development of Russian-American relations,” – said Antonov.