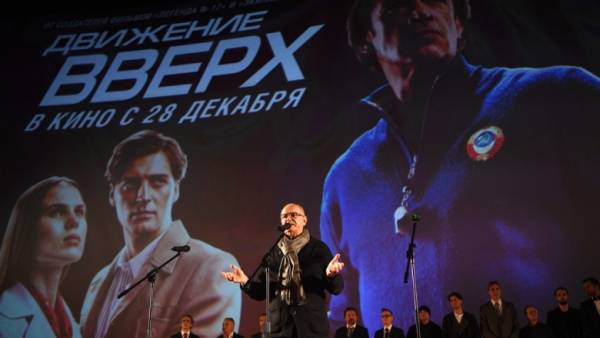 MOSCOW, January 13. /TASS/. Sports drama “moving up”, released on December 28th, became the highest-grossing picture in the history of film distribution in Russia. Information about the collection of movie is Saturday at the site of the Uniform Federal automated information system of information about films in cinemas (UAIS).

According to the UAIS, the film on January 13 amounted to 1.66 billion rubles, which is about 6 million more than the previous leader of the Russian film market, the film “the Last hero” earned in hire 1,653 billion.

As reported TASS the representative of the portal “film business today”, according to preliminary data, the fees “move up” on the territory of Russia amounted to 1,682 billion rubles, “the Last hero” — 1,672 billion.

Action-drama “moving up” tells the story of the match between the USSR and the USA in the final basketball tournament of the XX Olympic games of 1972 held in Munich. In the film directed by Anton Megerdichev starring Vladimir Mashkov, Andrey Smolyakov, Sergey Garmash, Marat Basharov, Victoria Tolstoganova, Ivan Kolesnikov, Kirill Zaitsev, žilvinas Tratas and others. The role of the coach of the us team Hank AIBA has invited John savage, American actor and multiple nominee for “Oscar”.

On the project also worked on the channel “Russia 1”, headed by Anton Zlatopolsky and the company “Tsentral partnership” headed by Pavel Stepanov.