Navalny is trying to create a party for the third time

Politician Alexei Navalny announced Thursday that it will again achieve registration of their Party of progress. 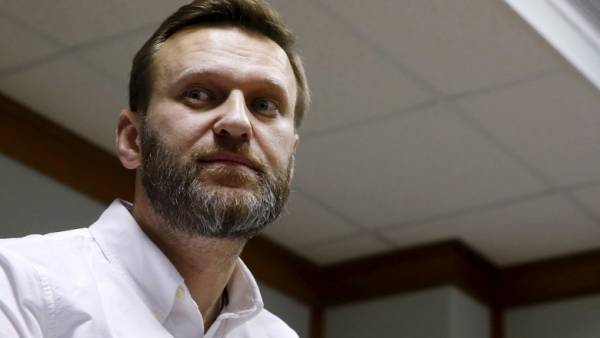 Over the past year had created “the largest in the history of new Russia a real political movement with an extensive network in the regions,” he wrote on his website: “the Movement is, of course, is much broader party framework. We are aware that the format of the party political struggle is not all it seems comfortable and effective. However, a huge number of people the party needed. A mechanism is needed to participate in the elections. In a regional first”.

March 3 will be a new founding Congress, and by June it is planned to register a regional office.

To create his own party (at first it was called “people’s Alliance”, and then renamed the progress Party) Bulk began at the end of 2012 In 2014, the party registered as required by law 44 regional offices, but the Ministry decided that it was made later than the six-month period, and deprived of its registration.

According to the lawyer of Fund of struggle against corruption Ivan Zhdanov, the party members now expect to register a branch in 60-70 subjects, including the structure of the headquarters built for the presidential election.

Globally the situation is no different from 2013-2014, according to the head of the Federal headquarters of Bulk Leonid Volkov: “We say all the time: why Bulk [goes] directly to the presidency? Let them participate in elections at local and regional level. We are willing to play by these rules”.

According to Volkov, supporters of the opposition in the presence of representatives of the Central election Commission showed that they have “not just 500 people (the minimum number of the party according to the law. — “Vedomosti”), and 500 persons in each region”. The meeting of initiative groups to nominate Navalny for President were held in 20 cities, and each was attended by over 500 people.

“It is clear that if you want to refuse, then refuse. But they still publicly confirm, deny us the right to political life, — says the wolves. — So we and the Congress appointed on March 3, compounded by the question. They exclude us from political life, and either they recognize it again right before the election that they will hurt, or we get a party.” In the case of registration, the party plans to participate in the regional elections in autumn 2018, adds wolves.

The decision to resume the process of registration of the party was expected after began to open regional headquarters, said political analyst Alexander Fire: “this could push plans [Ksenia] Sobchak to develop the party “Civil initiative” and the refusal to register Navalny because of a conviction, because now he had to find a new system for the participation in the political process.”

It would be logical to legitimize Navalny supporters, giving them the opportunity to participate in the political struggle.Alexander Miniprimology

In September 2018 will be a lot of elections in legislative Assembly and Council, and in 2019 is Central for the Democrats will campaign in the Moscow city Duma, the expert reminds: “the Power of this process, too, can do that, because over the past year, Navalny has turned into a policy-alone, regional elections according to party lists, the government and systemic opposition have already shown how beautiful and legitimate to beat “list, Bulk”, as it was on elections in Kostroma in 2015″.

The question of the registration of Navalny party — political, said political scientist Alexander Kanev: “the Fact that Navalny a strong regional network, no doubt. The fact that some of the registered parties there are no branches is also true. This situation discreditied the legislation on political parties, we are talking about the rule of law: why register a large number of fake parties and not register real? It is solely a question of political will”.

It would be logical to legitimize Navalny supporters, giving them the opportunity to participate in the political struggle, he said: “the Existence in the legal field is not only opportunities but also responsibilities. Player, appearing in the system needs to interact. Power itself would be easier to interact with the Bulk. It is always better to processes were legally than were displaced in a parallel field with its consequences”.

The only one who benefits from the registration of the party Navalny — old party, adds Kanev: “the authorities face the task of updating the party system. And, registering the Bulk party, the government can draw a line under the old artsystems and restart”.