Learn to question: how in the world struggle with false news

In France, the work on the draft law on combating false news on the Internet will be completed by the end of 2018. 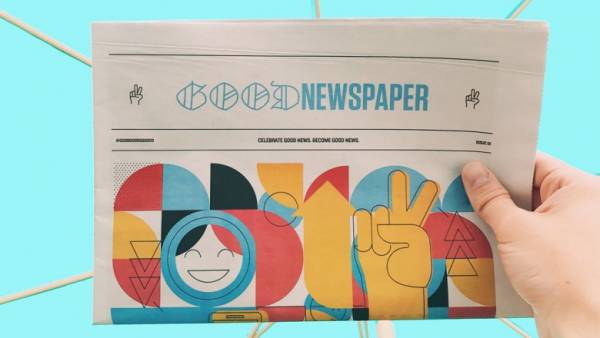 The phrase fake news (in English — “fake news”) is not coming from the headlines of leading world media for two years. In France, meanwhile, almost 80% of the population support the proposal of the President of Emmanuel Macron to develop and adopt the law against such news on the Internet. What is fake news and how to deal with them — in the material TASS.

According to Google Trends, the peak of the popularity of the term fake news came in mid January 2017 — a few days before the inauguration of US President Donald trump. It’s not a coincidence. Popularization of the term world owes it to Trump.

To doubt the honesty of the American media began long before his election campaign, but the growth of his popularity, the President has faced a wave of critical news reports, some of which were real fakes.

Special attention trump pays “news” about the allegedly existing but carefully concealed ties between the White house and Russia.

I just want to tell you that false news from the media, you deceitful, horrible, unreliable news very difficult negotiations with Russia.The President of the United States Donald trump At a press conference on 17 February 2017

Misinformation is the same virus

Of course, the problem of false news existed and before, she paid attention not only to the trump, and not only did he become the target of counterfeiters. So, in March 2016 after a series of attacks in Brussels, some media published a picture of German Chancellor Angela Merkel, in which she was depicted along with supposedly one of the alleged terrorists. In fact in the picture was a refugee from the Middle East, which had no relation to radical Islamists.

“What we have today is the deliberate use of invented or specially distorted and fabricated news, the main purpose of which is to undermine the reputation of any Institute or person,” — says on this subject, columnist for the German newspaper Die Welt, Richard Hertsinger.

In April 2017, the official representative of Russian foreign Ministry Maria Zakharova invited the UN to develop a strategy for dealing with fake news, adding that misinformation stuffing “is comparable in extent of damage-focal-length environment with the viral outbreak.”

Fake news threat that they create to the reader a General distrust of the news. In this situation, even truthful news sometimes perceived as fake. For example, in April 2014 in Nigeria, the terrorists of Boko Haram kidnapped more than 250 Schoolgirls. But the government called the news spread by the media, “fake” and at first took no action to rescue the girls. It was later revealed that the news is true, but the time to rescue the Schoolgirls were missing and some of them are held by extremists so far.

The media environment, without waiting for the development of some General strategies, already offers its own methods of dealing with unreliable information. So, online sites are gaining in popularity, fact checkers (fact checking — “check facts”). Some of the media (ABC News, AP, The New York Times) launched a separate web pages or special sections devoted to factchecking. Other sites (FactCheck.org, Politifact.com, Snopes.com) opened with a single purpose — monitoring and analysis of published information in the media on the subject of authenticity.