A presidential candidate from the Communist party became the billionaire businessman

About their foreign accounts and assets Pavel Grudinin recalled gradually. 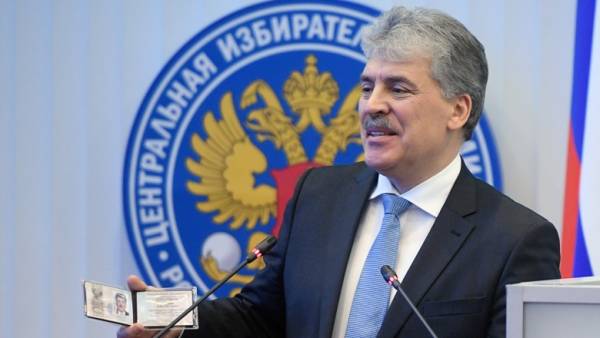 MOSCOW, 12 January 2018, 13:21 — REGNUM in the Central election Commission of the Russian Federation today, January 12, registered candidate in presidents of the Russian Federation nominated by the Communist party of the businessman Pavel Grudinina. We will remind, the Director of the Moscow enterprise “Sovkhoz imeni Lenina” Grudinina 23 December last year put forward a Congress of the Communist party. Shortly thereafter, Grudinin filed to the CEC documents for the nomination and received permission to open special election accounts. According on 11 January, published on the CEC website, in his campaign Fund received about 143 thousand rubles, the money had been spent.