MOSCOW, January 11. /TASS/. The deputies of the liberal democratic party headed by its leader Vladimir Zhirinovsky has developed and will submit a draft law on abrogation of article 282 of the Russian Criminal code (“inciting hatred or hostility, and humiliation of human dignity”). TASS reported on 11 January, the press service of the Duma of the liberal Democrats. 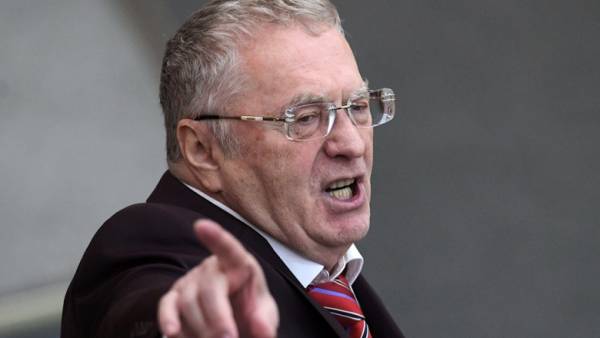 Developers are reminded that “article 282 of the criminal code establishes liability not only for propaganda or agitation, but for any actions aimed at the incitement of hatred or enmity, and also on humiliation of dignity of a person or group of persons on grounds of sex, race, nationality, language, origin, attitude to religion or membership of a particular social group.”

While offences acts committed in public or using the media or information and telecommunications networks, including the Internet. Maximum penalties include up to 6 years of imprisonment.

The authors point out that “article 282 of the criminal code is worded in such a way that any domestic misconduct, in fact, any statement can be qualified as a crime.”

“In this society article 282 of the criminal code is even called “Russian art”, since a very large number of convicts under this article are ethnic Russian,” — say the liberal Democrats.

The offense under article 282, in the opinion of the liberal Democrats, redundant, and also creates personal interest in instituting and conducting criminal proceedings.

“Vague and broad wording could be used against the citizen and for political purposes. To some extent, article 282 is a potential tool to deal with persons who disagree with the current political course, and, thus, legalizes political censorship”, — the authors in the explanatory note.

They propose to eliminate from the penal legislation of these standards.