Women are better than men survive the famine and epidemics

In times of lack of food and rampant disease, life expectancy of women was significantly more than men. This conclusion, researchers from the University of southern Denmark made on the basis of studying of historical data. 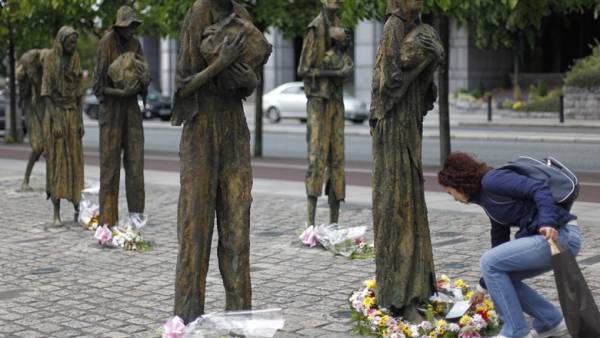 The results are presented in the journal Proceedings of the National Academy of Sciences.

The researchers examined seven cases of massive crises: the journey of freed slaves from the United States to Liberia between 1820 and 1843, the situation of slaves in Trinidad in the early nineteenth century, the famine in Ukraine in 1933, a famine in Sweden in the years 1772-73, the famine in Ireland in the years 1845-1849 (also known as the Irish potato famine) and two of the epidemic in Iceland: in 1846 and 1882.

In all these events, about which there is sufficiently detailed data, the life expectancy of the women were older than men, although the terms for both sexes was equally bad.

For example, during the Irish potato famine, life expectancy overall has fallen to 38 years for all people, but in the midst of molestation, this parameter fell to 18.17 years for men, but to 22.4 for women.

“The conditions in which were analyzed the population was monstrous. Despite the fact that crises reduce the survival advantage of women, they still survived better, said lead author Virginia Serulle. — Basically, the survival advantage of women is provided by the differences in mortality in the first year of life. Surprisingly, during these severe epidemics and periods of famine newborn girls still survived better than the boys. In General, even in situations of high mortality, women live longer”.

The researchers conclude that these data indicate a fundamental biological reason. In particular, it can meet the different influence of male and female sex hormones. Estrogen is known to have anti-inflammatory effects, while testosterone is an additional risk factor for many deadly diseases. Also, it can have a negative impact on the immune system.