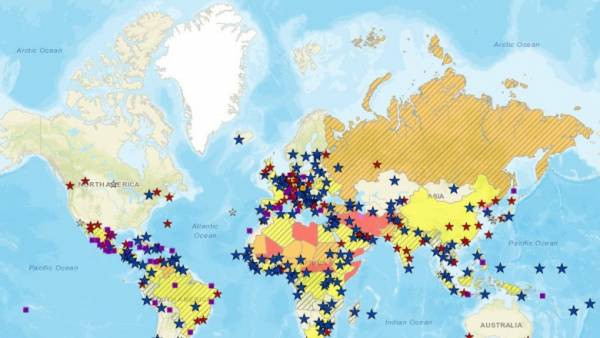 Russia is included in the third group of States, visits are “necessary to revise”, it is reported by “RIA Novosti”.

There are a total of four groups. In the first, the most prosperous, in terms of visits by citizens of the United States, were the countries of Eastern and Northern Europe and almost all the former republics of the Soviet Union.

In the second group of States where Americans should observe extreme caution. The third category — countries that Americans “need to revise”, it is Russia. The “neighbors” of the Russian Federation in the group called, in particular, Niger, Chad, Turkey and Pakistan, reports channel “Star”.

Afghanistan, Iraq, Libya, Iran, North Korea are in the fourth group, there US citizens to travel generally not recommended.