The chief “sailor’s Silence” fired after checking into jail

MOSCOW, January 11. /TASS/. Deputy head of the SIZO “Matrosskaya Tishina” dismissed and three employees prosecuted after held in the detention center inspections. This was reported by TASS in the press office of Federal service of execution of punishments (FSIN) of Russia. 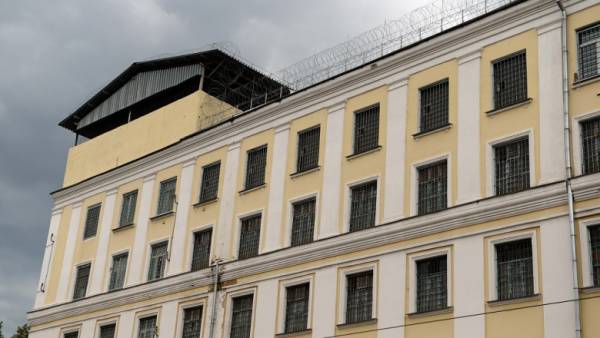 “On behalf of the Director of the Federal penitentiary service of Russia in December 2017 appointed complex check the conditions of detention of suspects and accused persons held in SIZO No. 1 UFSIN of Russia in Moscow. Currently, one of them completed, its results for one employee — the Deputy chief of establishment on operational work — fired, three employees of the operations division of the jail are brought to strict disciplinary responsibility”, — reported in the press office.

As noted in the Department, the materials on the revealed violations are transferred to investigating authorities for further action. Other checks of the detention facility are ongoing.