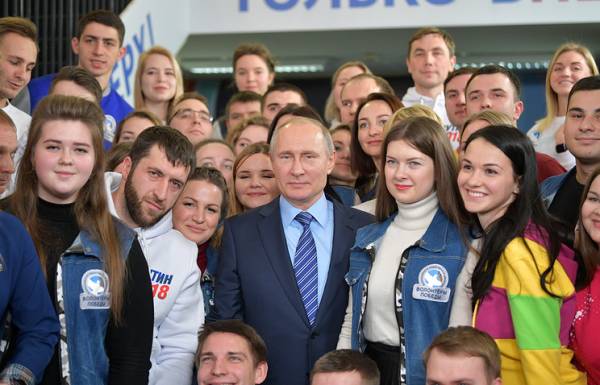 MOSCOW, January 10. /TASS/. Russian President Vladimir Putin, who intends to participate in presidential elections on March 18, 2018 as an independent candidate, visited on Wednesday his campaign headquarters, where he met with its co-chairs and spoke with volunteers collecting signatures of citizens.

The staff at Gostiny Dvor

Putin’s campaign headquarters is located at Gostiny Dvor, located near the Kremlin, a monument of architecture, one of the largest exhibition centres and shopping area. During the last election campaign, in which Putin was part of the “United Russia”, its headquarters are in the city hall building on Novy Arbat, where this time will act in the public reception of the candidate.

In addition, as explained to journalists one of the co-chairmen of the headquarters of the Elena Shmeleva, to contact election headquarters will include a telephone “hot line”, there is also the discovery site of the candidate. Shmeleva has not excluded that will be launched telegram-channel and will open the page in social networks.