Iranian authorities have forbidden to teach the students English

The Iranian leadership withdrew from the school curriculum for primary school the English language, which was introduced after the reforms of education in early 2010-ies. According to the Supreme leader of the Islamic Republic, learning English at an early age leads to the Westernization of society. Experts doubt that the ban on English lessons will lead to the promotion of other foreign languages, including Russian. 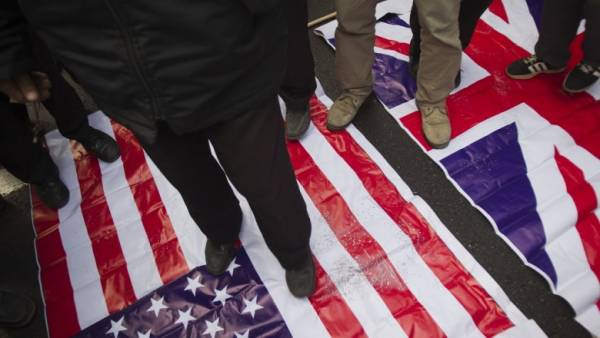 Iranian authorities have decided to learn English from primary school. This is stated in the corresponding statement the head of the Supreme Council for education. “Learning English in public and private primary schools in the framework of the official program is now contrary to the law and regulations,” said Council head Mehdi Navid-Adham on Iranian television. The official added that learning English as an additional subject in primary educational institutions will now also be regarded as a violation of the educational program.

According to Navid-adhama, this step is made on the basis of “knowing that in elementary school lays the Foundation for the study of Iranian culture”, but because of the time that was previously spent on learning English, decided to devote to the lessons, Persian, Islamic culture and Iran’s history.

This prohibition will not apply to the English lessons provided at secondary schools, as well as private courses for children and teenagers.

Since the end of last year Iran was swept by a wave of protests against the current regime in the country Ayatollah Ali Khamenei — Supreme leader of the Islamic Republic. State authorities are trying to limit the coverage of what is happening in the media, including foreign. However, the idea to limit the study of the language of Shakespeare and Dickens emerged in the Islamic Republic before. So, in 2016, Khamenei expressed strong dissatisfaction with the growing popularity of English courses in Iranian kindergartens. “My position does not mean that [I] at all against learning foreign languages, however, the growing popularity of these courses is the promotion of foreign culture in our country among children and young people,” he said.

Khamenei emphasized that today, “colonialists instead occupy the territory of other countries, chose a more reliable and cheap method of colonization, the introduction of mindset and culture in the heads of the younger generation of other countries.”

In elementary school in Iran give children with six years of training there lasts for five years, after which students move into high school. The official language in the Islamic Republic is Farsi. In this case, despite the fact that Iran is surrounded by mainly of the country, inhabited by Turkic-speaking and Arabic-speaking peoples, English for many years, remains the most popular foreign language in the Islamic Republic. In particular, in Iran English broadcast several media, including state news Agency IRNA and state-controlled TV channel PressTV.

Before the start of the 2010 years of English studied in most schools with sixth grade as a compulsory subject, it is allocated four lessons per week, but later he began to teach from the first grade of primary school. In 2012, the state passed education reform, one of the goals of which were the maximum extension of foreign language teaching in the Islamic Republic. All the same the head of the Supreme Council for education Mehdi Navid-Adham then said that all students, beginning in sixth grade, have to choose in the schools of the second foreign language other than English.

The educational program was then provided the opportunity to learn Spanish, French, Italian, German or Russian language. Prior to that, Russian language only studied Iranian students in the universities.

Columnist Iranian service “Bi-bi-si” Wound Rahimpur notes that the decision to limit the study of English lies in the mainstream isolationist vision of the world, which is characteristic of the current head of Khamenei and his supporters. “He repeatedly emphasized that learning English children from an early age can lead to the penetration into society of Western cultural values. Thus, this approach does not agree with President Hassan Rouhani, who believed that English creates a competitive advantage for young people in the labour market. However, the President has very little power to affect the Ayatollah” she said.