Assange became a citizen of Ecuador

MEXICO city, 11 Feb — RIA Novosti. Founder of the portal WikiLeaks Julian Assange appealed to the authorities of Ecuador with a request for naturalization, which was granted on 12 December, announced Thursday the Minister of foreign Affairs maría Fernanda Espinosa. 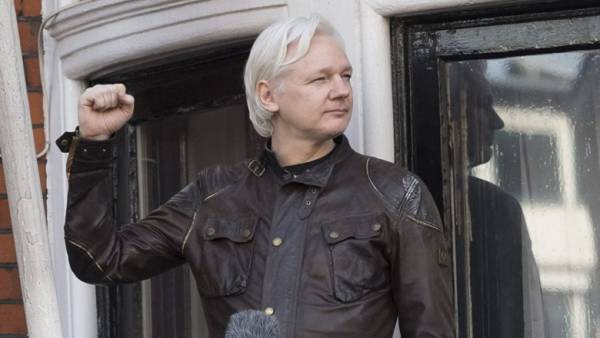 At a press conference, broadcasted in the network, the foreign Minister stressed that Ecuador has the authority to provide better protection to the person who asked for the document.

The Minister also said that Ecuador turned to the UK to grant Assange diplomatic status, but London refused.

Assange 2012 is the Embassy of Ecuador in London — he then appealed to the Ecuadorian authorities with a request for political asylum for fear of extradition by Swedish authorities in the United States in connection with his activities in WikiLeaks. Recently Assange kept in touch with the outside world, including via Twitter, where he regularly published his comments.

Earlier, foreign Minister of Ecuador said that the country will continue to provide protection to Assange, however, intends to seek mediators to resolve the situation around the fugitive.