Archaeologists have found in ancient Egypt “the office” pharaohs

MOSCOW, 11 Feb — RIA Novosti. American and Egyptian archaeologists have found Behdet, the capital of the southern Kingdom until the oldest “office” of the pharaohs, which kept the treasures and worked officials of the fifth dynasty of Ancient Egypt, according to the Ministry of antiquities of Egypt. 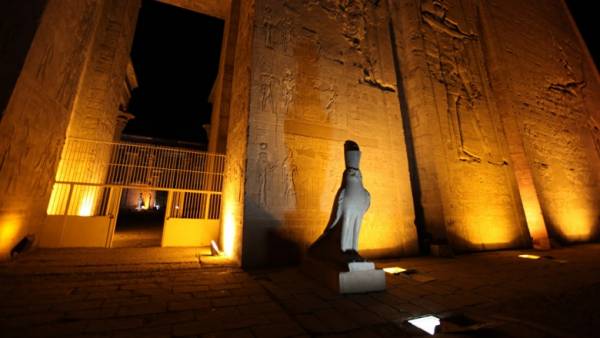 This complex, as noted by Mostafa Vaziri (Mostafa Waziri), the current head of the Supreme Council of antiquities, at the moment is the oldest trace of civilization in Behdet, and he pushes the time of its founding several centuries ago.

The city of Behdet was the capital of the southern Kingdom of Ancient Egypt before the unification of the two kingdoms, and remained one of the largest centers of power for almost the entire history of this civilization.

Scientists assume that it could be founded in pediatricheskii period, but Behdet became the political center only during the 6 dynasties, 24-23 centuries BC, when its territory was built a mastaba, the brick tombs of the nobles, and other large edifices, the traces of which have survived to the present day.

Initially, the settlement itself have not attracted the attention of archaeologists, because with him is already in the Hellenistic period was built the splendid temple Mount that has survived to our time almost intact. Only in the mid-20th century, scientists have discovered that under the hills near this place of worship there is an entire ancient Egyptian city, preserved in its almost three thousand years of continuous history of the ancient civilization.

Active excavations on the territory Behdet was started in 2001 by a team of American and Egyptian archaeologists led by Nadine Moeller (Nadine Moeller) the University of Chicago (USA). During this time scientists dug in the city a number of residential buildings, a barn and various administrative offices, built during the reign of the dynasty 6 of the old Kingdom and its heirs.