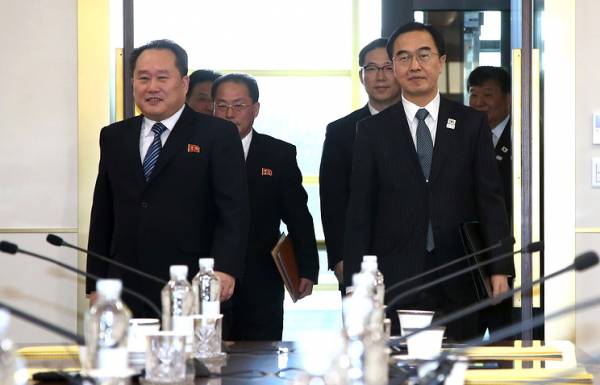 The Chairman of the Committee for the peaceful reunification of Korea Ri son Gwon, and Minister of South Korea for unification Cho Myung-Gyun

MOSCOW, January 10. /TASS/. Russia welcomes the agreement on the high-level talks in Panmunjom between representatives of the DPRK and the Republic of Korea. This is stated in a statement on Wednesday the comments of the Russian foreign Ministry.