The Patriarch of Moscow and all Russia Kirill urged the country’s citizens, including the Orthodox, have to take part in the presidential elections to be held on March 18. 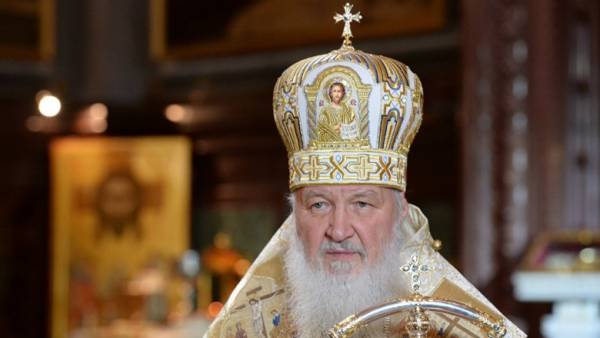 “For some, it (the elections — ed. OPINION) the only possibility to somehow influence the situation. Many people think: “Well, as you can influence, I am one, and there are millions of people.” But it is not so! Of the votes of units are created voices of millions,” the Patriarch said in an interview with TV channel “Russia 1”. His words are published on the website of the ROC.

“So I would urge everyone, including the Orthodox people, be sure to participate, especially in the upcoming presidential elections. It is very important”, — said the Patriarch.

The Primate of the Russian Orthodox Church noted that the Church “very positive” refers to elections in the country. “In the Church elections existed before in the state. The patriarchs were chosen and, by the grace of God, still choose,” said he.

“In addition, our councils operate and make decisions through voting. Therefore, the vote, the election is inherent in the Church,” he said.

Patriarch Kirill has made no such call and at the meeting of the Supreme Church Council of the 26th of December. According to him, participation in elections is needed to contribute to shaping the future of the country.

We will remind, presidential election will be held on 18 March 2018.