The Prosecutor proposed a punishment to the accused in the fraud. 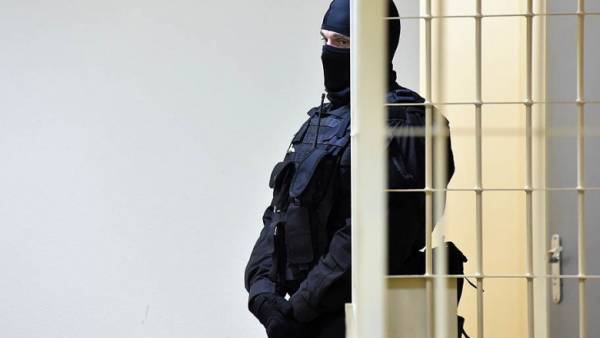 As it became known””, from 4.5 to 7 years of imprisonment requested by the public Prosecutor in the past days debate in Ostankino court for the defendants in one of the most controversial “economic” criminal cases of recent years — the sale at deliberately understated by RUB 1 billion cost of the complex of buildings of JSC “Kvant-N”, who previously worked in the interests of the space industry.

Witnesses in this case are the Russian presidential aide on military-technical cooperation, the former head of the Department of presidential Affairs Vladimir Kozhin and the ex-head of Federal property management Agency, now a state Duma Deputy Yury Petrov, whose former assistant Alexander Nistratov, now living in the United States, considered the organizer of the fraud.

According to “Kommersant”, on New year’s eve in Ostankino court of Moscow on process on loud criminal case about fraud in the sale of a complex of buildings of JSC “Kvant-N” held a debate, in which state prosecutors asked the court punishment for defendants who are charged with fraud in especially large size (part 4 of article 159 of the criminal code, up to ten years of imprisonment). As told “Kommersant”, in the case are former Director of FSUE “Center of financial and legal support” (CFPO) the office of the President of the Russian Federation Nikolay Skrypnikov, his Deputy Alexander Wedin, former General Director of JSC “Kvant-N” Andrey Grishin, the General Director of OOO “Strictum” Anna Myagkova and Director General of OOO “temperance” Stanislav Korenkov. Defendants Skrypnikov and Myagkova, whose role in the Commission of a crime the consequence considers as the basic, for nearly two years in custody, the other defendants are under house arrest.

The most severe punishment to seven years in prison — representatives of state charge has requested for Nicholas Skrypnikova. His alleged accomplices Korenkova and Myagkova prosecutors asked sentenced to six years in prison, Mr. Vedina — five years, and partially admitted their guilt Andrey Grishin — to 4.5 years in prison.

In addition, all defendants charged have been asked to fined 750 thousand rubles each.

As expected, the defendants will act with last word then the judge Andrei Bakhvalov will retire to the deliberation room for sentencing. According to some, it will be submitted within 20 days of January.

Recall is a scandalous criminal case, the investigative Department (SD) Ministry of internal Affairs of the Russian Federation initiated in the summer of 2015 on the basis of materials of check which spent by field investigators of management “To” Guebipk interior Ministry. Also, investigators asked representatives of “Roscosmos”, which was previously JSC “Kvant-N”. At the time, the company housing which was located on the 3rd mytischinskaya street of Moscow, near the metro station “Alekseevskaya” in the development of Autonomous sources of power supply.