The number of victims of hurricane “Eleanor” in France reached six

PARIS, 7 Jan. /TASS/. The number of people killed in France these days because of the hurricane “Eleanor” has been increased to six, two more people are still reported missing. 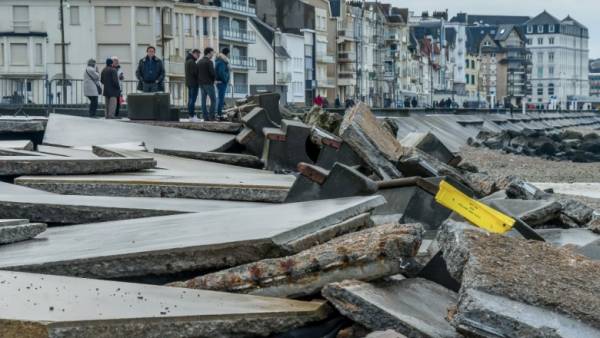 This was reported on Sunday Agency France-Presse, with reference to the Prefecture of the Department of saône-et-Loire, on the territory of which the guards found the body of another victim of the disaster.

“We are talking about a man who went missing this week. The victim was discovered by police at 500 meters from the place of disappearance in the pond near the village camping” — said the local Prefecture. It is reported that the victim had been missing since Thursday evening in the village of Lucena-l’évêque.

Thus, the authorities of the various departments of France have already confirmed the total loss of six people since then, as in the night of 3 January the country was hit by hurricane “Eleanor”. Two more are still missing is a 27-year employee of the river police, missing in the Paris region during exercise in the manger, and 70-year-old man from Germany who disappeared in the waters of the river Aube in the Haute-Marne Department.

“Eleanor” is the fourth hurricane that hit France over the past three weeks. According to the first estimates, the disaster caused damage worth at least EUR 200 million. The weather in France is still not fully returned to normal — as of Sunday, the penultimate (orange) level of meteorology because of the threat of flooding or storm gusts of wind is stored in 13 departments of the country.