Russia would withdraw from world trade organization (WTO) in case the claim of the European Union to the Russian Federation for the recovery of €1.39 billion for the embargo of pork will be satisfied. This was stated by Deputy head of the economic Committee of Council of Federation Sergey Kalashnikov. 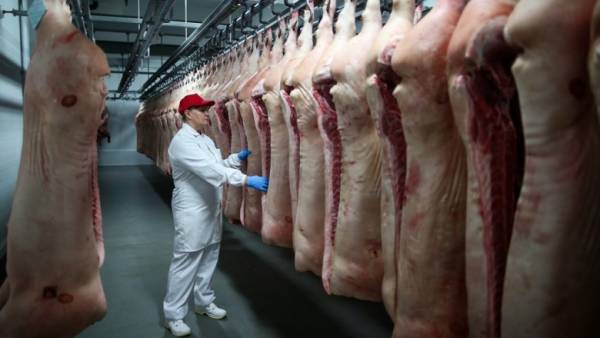 According to the representative of the Federation Council, the EU sanctions against Russia and the retaliatory embargo on them are outside the logic of WTO law. The Kalashnikov recalled that the EU countries were the first to violate WTO rules.

The Rosselkhoznadzor imposed a ban on deliveries to Russia pork products from EU countries in January 2014. The reason was the outbreak of African swine fever. Later Moscow has informed WTO about the lifting of the ban but decided not to continue the purchase because of the sectoral sanctions.

That the EU intends to annually collect from Russia of €1.39 billion for an embargo on the import of pork, it became known on 6 January.

Monday, January 8, the Ministry stated that Russia will convene the panel of arbitrators of the WTO because of the dispute with the EU on the supply of pork.