MOSCOW, 8 Jan — RIA Novosti. Many Actresses and actors arrive at the award ceremony “Golden globe”, held in Los Angeles, in black gowns in solidarity with the victims of violence and discrimination, reports the edition Hill. 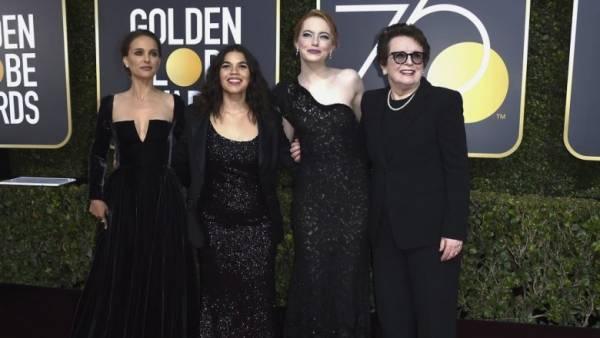 As writes the edition, among the first guests of the ceremony, the actress Michelle Williams in the company of one of the founders of the movement Me too Tara Burke.

“The struggle for women to just be heard and recognized in a world dominated by men, must end,” reads the movement’s statement, which quotes the edition.

The movement expects to allocate $ 13 million from the Fund for the protection of women “in the less privileged areas” and subjected to harassment at work.

Movement Me Too, which appeared in 2017, talk about what they had experienced sexual harassment. The movement originated after the New York Times published the results of the investigation on the numerous cases of harassment by the famous producer Harvey Weinstein.