Russia “for decades to intervene” in elections in the United States, said the head of the CIA

MOSCOW, 8 Jan — RIA Novosti. Russia and some other countries try to intervene in the coming 2018 elections in the U.S. Congress, said the Director of the CIA Mike Pompeo in an interview with CBS. 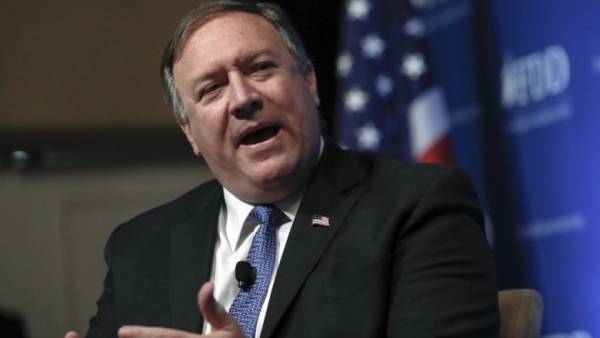 According to him, Russia decades “intervene” in the election process in the United States.

“I remain concerned about not just Russia’s attempts, but the efforts of other countries. We have many enemies who want to undermine Western democracy”, — said the head of the secret service.

He noted that the CIA is working to ensure that elections in 2018 was “safe and democratic”. “We will confront Russia and other States that intend to influence the outcome of elections,” added Pompeo.

In 2018 there will be regular elections in the us Congress, which will elect the entire House of representatives and part of the Senate. Parallel to the elections of some governors to the legislative assemblies of some States.

In the us Congress are investigations of “Russian meddling” in US presidential election in 2016, which was won by the Republican candidate Donald trump. At the beginning of the 2017 U.S. intelligence agencies issued a report that talked about the alleged Russia’s attempts to influence U.S. elections.

The Russian authorities, in turn, has repeatedly rejected these accusations due to the fact that the American side could not provide any evidence of “interference”.